As we inch ever closer to the end of the year, Realogics Sotheby’s International Realty is taking a look at some of the top tech trends and headlines of 2018, from Forbes naming the Emerald City the best place for business and careers to Amazon’s widely followed HQ2 announcement and beyond. We’ll also share a few companies we’re watching as we move into 2019.

According to Forbes, Seattle’s economy grew 6.6 percent in 2017 (5.2 percent net inflation), a figure that nearly triples the general U.S. economy. And while incomes have stagnated slightly across the nation, they have maintained near five percent annual growth for the past five years in Seattle. This was the first time Seattle took the top spot on the list—after being named third in 2017—and as the article outlines, it not only has a “rich history of innovation” extending much further than Amazon, it also scored “well across the board, ranking in the top quintile in each of the 14 metrics” tracked by Forbes. (Metrics included factors related to incomes, jobs and economic growth; living and business cost; education and culture; and more.)

In November 2018, Amazon announced two destinations for HQ2, the first in the Long Island City section of Queens in New York, the second in Crystal City, just outside of Washington DC. The news had Seattle breathing a little easier; the planned expansion of 4 million square feet in each East Coast city matches the 4 million square feet already planned for Seattle.

Amazon will build two HQ2 campuses, one in Crystal City, Virginia (near Washington DC) and the other in the Long Island City section of Queens, New York.

“The issue of Amazon hiring fewer people into Seattle will be what us tech people call a ‘null op,’ said Jonathan Sposato, co-founder of GeekWire. “In other words, it will over time be a non-issue because our region will continue to birth new hiring engines regardless. The deal pipeline for startups getting capitalized has been so robust the last few years that another Amazon, Microsoft, Expedia, Zillow, Redfin or Tableau will emerge out of the last 10 years’ cohort.” 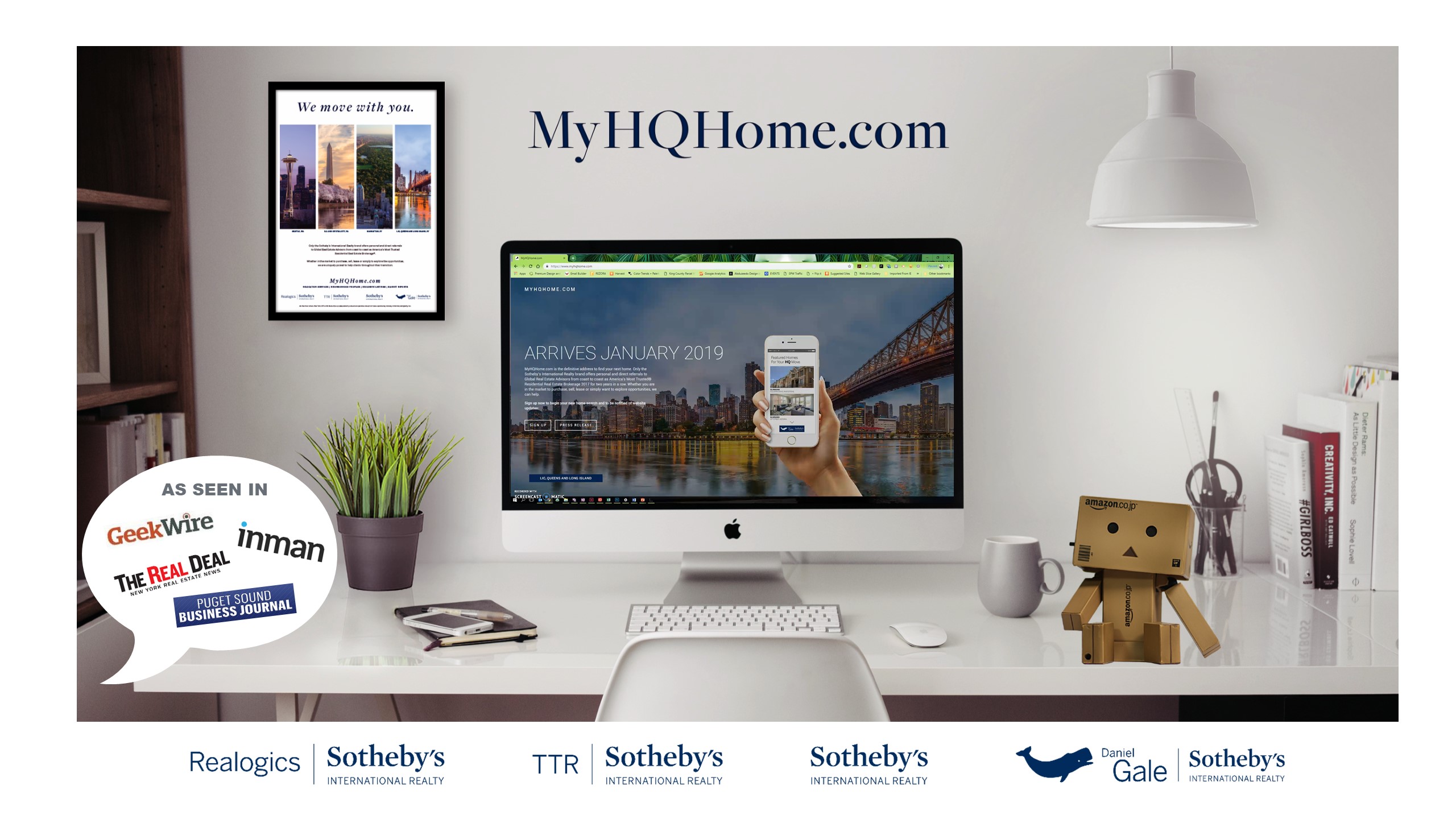 The Tech-30 Report, released by large commercial brokerage firm CBRE, ranks Seattle the top U.S. market in 2018 with high-tech jobs increasing 26 percent over the last two years. Another peer firm, Colliers International Research, is tracking nearly 6.5 million square feet of Class A office space demand in Seattle and notes a majority of the tenants (66.2 percent) are tech users. That represents about 30,000 “information-worker/STEM/FIRE” jobs ahead with another 120,000 workers supporting those jobs. Job growth and the sustained economic activity it brings will increase demand for housing in the Seattle metro area.

Given the strong tech-driven economy and vibrant downtown core, it didn’t come as much of a surprise that Seattle was among the most popular U.S. markets for millennials. According to realtor.com® research, the Emerald City was the second hottest spot for millennials, who were drawn to its lucrative tech jobs and vibrant cultural offerings.

Amazon Growth in the Puget Sound

As Puget Sound Business Journal recently reported, “Amazon isn’t done growing in the Puget Sound region.” With an approximate 10,000 square foot campus already established in downtown Seattle, Amazon will add around 3.3 million square feet to its operations over the coming years, which will “provide room for more than 55,000 employees (about 10,000 more than it currently has) in Seattle by the end of 2020.” The company will also expand on the Eastside, having leased a total of 1.15 million square feet of office space across three Bellevue buildings.

Apple Expanding Across the Emerald City

In an announcement outlining a major campus expansion in Austin, Texas, tech giant Apple said it would also open a new office in Seattle.

“Apple is proud to bring new investment, jobs and opportunity to cities across the United States and to significantly deepen our quarter-century partnership with the city and people of Austin,” Tim Cook, CEO of Apple, said in a statement. “Talent, creativity and tomorrow’s breakthrough ideas aren’t limited by region or zip code, and, with this new expansion, we’re redoubling our commitment to cultivating the high-tech sector and workforce nationwide.”

In mid-November, GeekWire reported that Cruise Automation, the autonomous-vehicle subsidiary of General Motors, is preparing to open a Puget Sound office that “could employ as many as 200 engineers within a year.” Rather than use the area as a test city, the company “plans to take advantage of Seattle’s status as a magnet for software engineers, data analysts and experts in computer vision and machine learning.”

As of the time of writing, Cruise had not yet announced whether it was selecting a location in downtown Seattle or the growing Eastside tech corridor in Bellevue or Redmond.

The Puget Sound Business Journal reported in early November that “Facebook is leasing two massive office projects in Seattle’s South Lake Union neighborhood,” which will encompass 1.13 million square feet. Their quick Puget Sound expansion also includes a 630,000 square foot office in Redmond, which is the speculated future home of the Facebook Reality Labs/Oculus Division. The company could also be considering space at the Spring District in Bellevue, which is slated to open in 2020.

Over the summer, GeekWire broke the news that Vulcan Real Estate “is developing a third block for Google in addition to the more than 607,000 square feet currently under construction. Work will begin on this block, which will feature a 12-story office building for Google with 23,000 square feet of retail space, in the fourth quarter of 2019, and it will be ready for Google in 2021.”

As has been the case with other tech companies, Google will also expand on the Eastside, as they reportedly leased 80,000 square feet at Bellevue’s One Twelfth @ Twelfth building.

In early fall, Uber confirmed rumors that it will grow its engineering operations in Seattle with the signing of a 115,000 square foot lease at downtown Seattle’s Second and Seneca Building. As GeekWire writes, “Uber anticipates spending $9 million on the new office, which will include a new gathering space for dining, meetings and trainings, a library, a game room and conferencing spaces.”

As Marcus Womack, director of product and head of the Uber Seattle engineering office said in a statement, “Seattle is an important growth city for Uber from an employment and innovation standpoint. The work we’re doing in Seattle touches just about every aspect of our business, so it makes sense to expand our presence here considering the wealth of tech talent in the region.”

Above: A Google map of the Seattle metro area illustrates the location of existing and planned high-tech campuses and other large employers in the region along with primary transportation routes and subject communities.

More on the latest Seattle and Eastside tech trends here.