Earlier this week, Curbed Seattle opened the door to an historic Austin A. Bell Condominium in downtown Seattle that just hit the market. Represented by Realogics Sotheby’s International Realty broker Tammie Chi, this slice of Seattle history offers 1 bedroom, 1 bath, an open concept layout and stellar views. As Sarah Lloyd of Curbed writes, “with so many Seattle condos built in the 1980s through the 2010s, a cute condo conversion in a historic building really shines through.”

Lloyd begins with a breakdown of the building’s history. Austin Bell planned the project and began construction in 1889, but died suddenly before the project was completed. His wife Eva “continued construction as a kind of memorial—hence the display of his name in terra cotta beneath the crowning Gothic arch up top.” It was added to the National Register of Historic Places in 1974 then named a Seattle landmark just two years later. 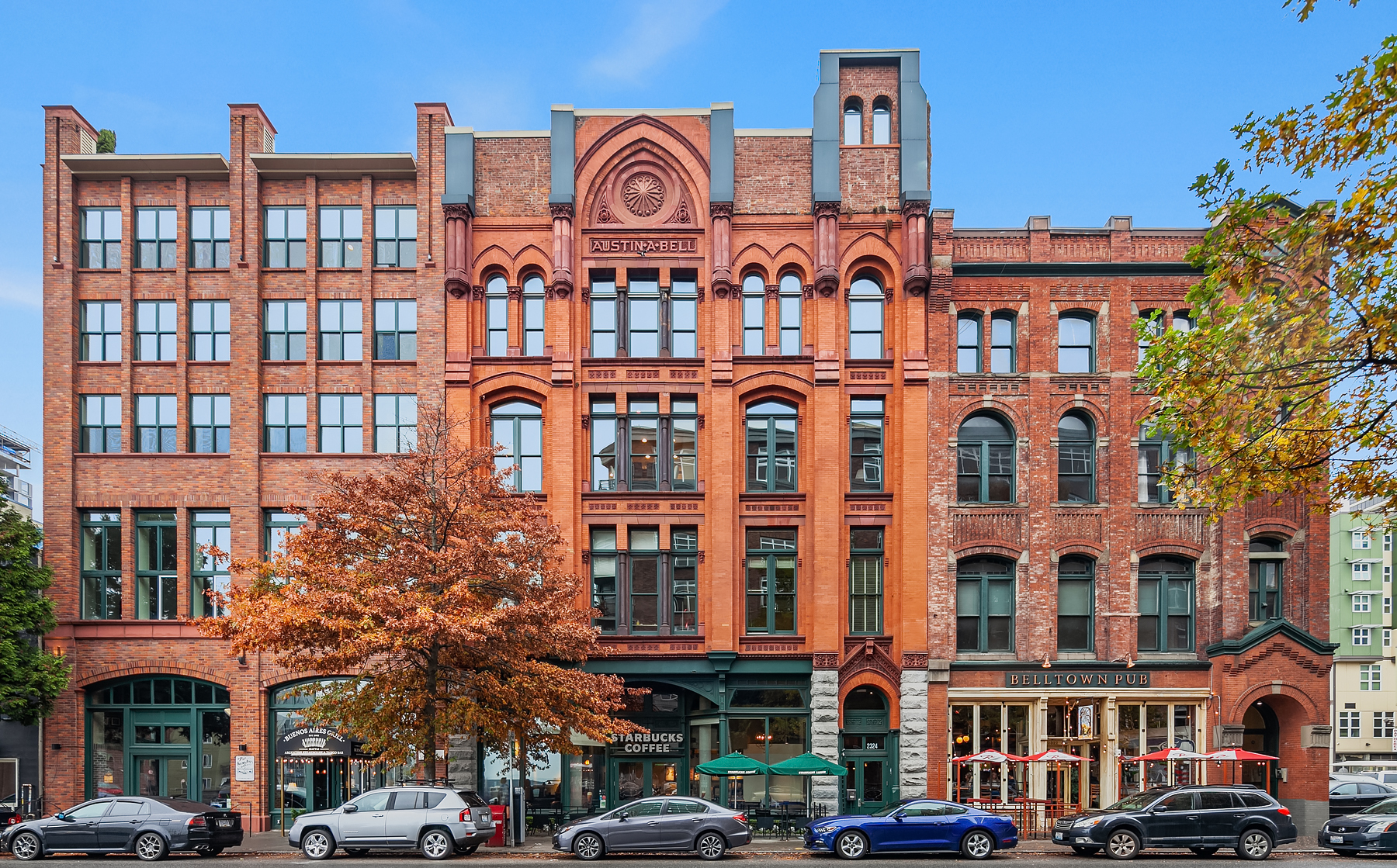 The brick façade bears a tribute to Austin A. Bell.

The building was remodeled in 1990 and converted to a 49-unit condominium building. Despite its modern ties, the article outlines the excellent “use of the original architecture, highlighting 10-foot arched windows with giant Elliott Bay views and exposed brick.”

The rest of the condo’s 822-square-foot design is simple so as not to detract, and an open-concept living room, dining area, and kitchen all benefit from the glimpse at the outer façade.”