Seattle, WA. – March 26, 2019 – A panel of development and real estate industry experts hosted a discussion about the multi-billion-dollar transformation of Seattle’s waterfront and the residential revival along the two-mile stretch that was formerly the Alaskan Way Viaduct.

Moderated by Geekwire co-founder Jonathan Sposato, the panel included Kevin Daniels of Daniels Real Estate, Julia Nagele of HEWITT, and both Moira Holley and Scott Wasner of Realogics Sotheby’s International Realty (RSIR).It was hosted at Gridiron Condominiums, which has a first-row seat on Railroad Way, a future pedestrian gateway linking the waterfront promenade to Pioneer Square and the stadiums. This prime location offers expansive vistas of Elliott Bay and downtown Seattle’s skyline, as well as a future view of the new Cruise Ship Terminal slated by the Port of Seattle on 29 acres at Pier 46. The seaport will be reimagined by 2022 as a third deep water dock designed to host the largest of cruise ships up to 250,000 gross register tons (GRT). 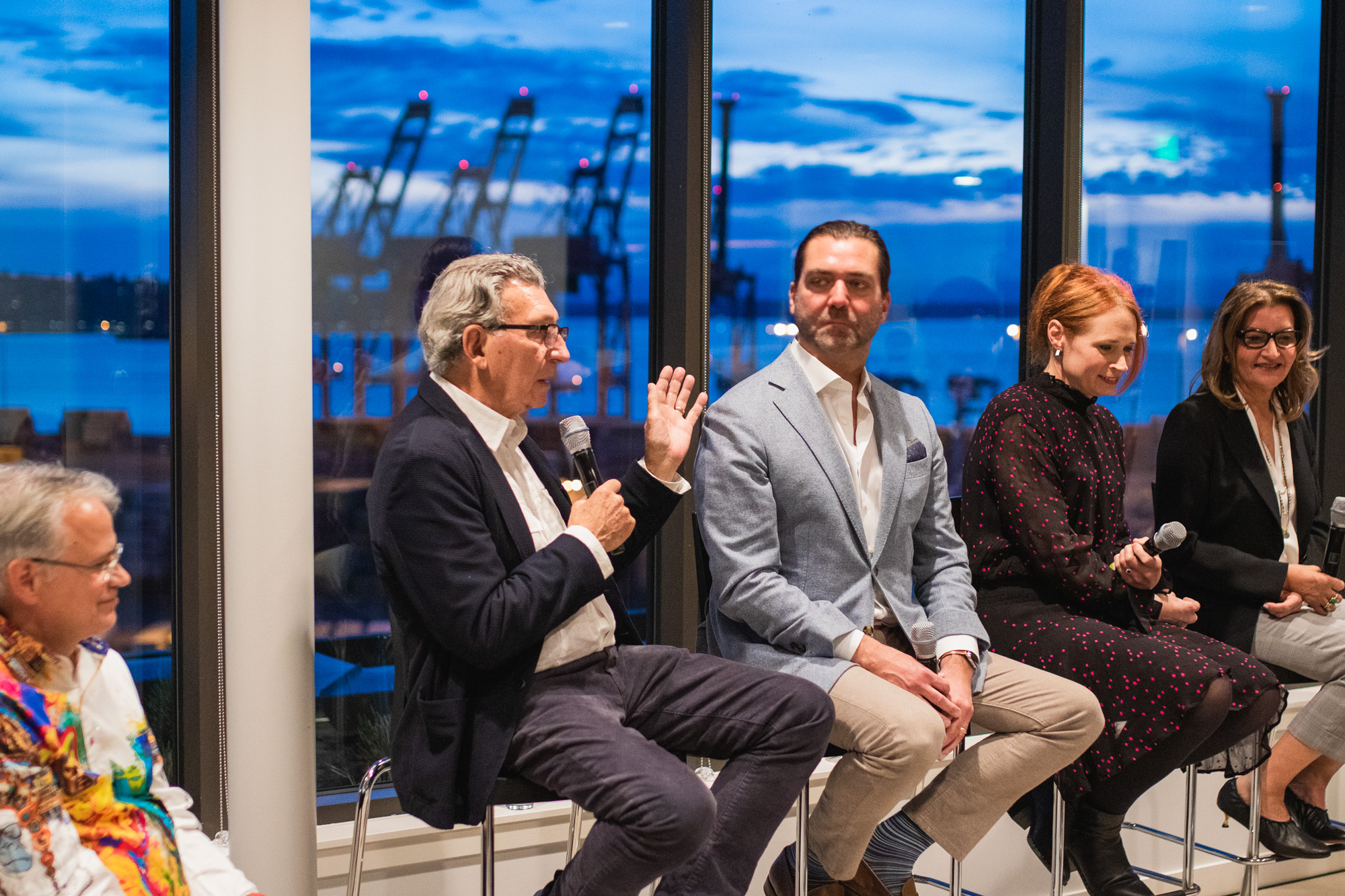 Former City of Seattle Mayor Charlie Royer, who’s also a board member of The Friends of the Waterfront, led the panel discussion by describing how reconnecting Pioneer Square to the waterfront is a “gamechanger” for the neighborhood.

“It’s the biggest transformation this historic district has gone through since the 1889 Great Fire—and it will rival the Embarcadero with 26 blocks transformed into public spaces.”

With the demolition of the Viaduct, many news sources have been reporting on the increased investment in Pioneer Square and along the waterfront as real estate experts are purchasing development sites in anticipation of what’s to come.

Kevin Daniels of Daniels Real Estate was ahead of the curve. His vision for Gridiron Condominiums and many other notable developments—including the restoration of Union Station, Merrill Place, Klondike Museum, and the iconic development Stadium Place—were early investments in the renaissance of Pioneer Square.

Gridiron Condominiums, which reclaimed a century-old brick building combining old and new construction, is now 107 industrial-chic homes. It is the first new home ownership opportunity in Pioneer Square in over 40-years and is in a premier location to significantly benefit from the emerging waterfront neighborhood and promenade connections. Brokers report several new sales over the past week since hosting the auspicious event, including one purchase agreement that was signed by Daniels just moments before the panel discussion commenced.

Property tours of Gridiron were hosted by RSIR team members. Approximately three dozen homes remain available for purchase and immediate occupancy priced from the mid-$500,000s to more than $1.1 million. A select number of homes may include an optional purchase of in-building parking stalls, while Daniels has offered to pay for a year of controlled access parking.