Considered among the most innovative collaborations between architect Rick Sundberg (Olson Sundberg Kundig and Allen), and interior designer Gregory Carmichael, those who dwell at Sanctuary in the Sky will revel in a bi-level residence possessing custom features celebrating a Northwest aesthetic, as well as sweeping views of the Space Needle, the waterfront and the Seattle skyline. 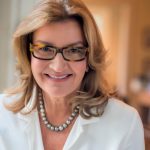 “Sanctuary in the Sky is a truly sublime and singular creation—its location, the panoramic nature of the views and its one-of a kind architecture, make Sanctuary in the Sky one of the region’s most exquisite urban residences,” said Moira Holley, co-founder, RSIR.

RSIR Co-Owners Dean and Stacy Jones note the record sale is yet another validation of Seattle’s world-class stature on the rise.

“This impressive sale signals Downtown Seattle has joined its West Coast peer group of Vancouver, BC, San Francisco and Los Angeles for super prime condominium estates,” said Dean Jones, president and chief executive officer, RSIR. “We applaud Moira and Scott for this benchmark accomplishment. We also congratulate the new owners and their broker for the purchase of this crowning jewel in our expanding cityscape.”

According to the Northwest Multiple Listing Service (NWMLS), no other residential resale condominium has closed above $10 million in downtown Seattle.

The record sale follows another notable transaction. Wasner represented the buyer on a $9 million closing on March 12, 2019 at the Four Seasons Private Residences. The 5,111 square foot, two bedroom and three bathroom residence was tied for the third most expensive condominium sale in downtown Seattle. According to the NWMLS, either Wasner and/or Holley have been involved in one or both sides of six of the top eleven sales valued over $7 million in downtown Seattle since January 2000—the majority of which occurred at Four Seasons Private Residences, followed by penthouse or sub-penthouse sales at Escala, One Pacific Tower, Market Place Tower, Millennium Tower and now, Bay Vista Tower. 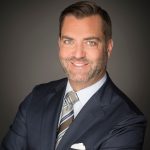 “My luxury clientele ranged from downsizers to second homeowners, and includes locals and international citizens,” adds Wasner. “The common denominator is they are becoming increasingly comfortable with an investment at this level in downtown Seattle. The reality is that paying upwards of $2,000 per square foot or more is relatively modest compared with other gateway cities—that tells me we still have plenty of runway for prices to climb. These in-city estates don’t come around that often.”