On June 21st, 2018 more than 900 stakeholders, influencers and city shapers attended the 2018 Downtown Seattle Association’s Annual Meeting, which was held in the Doppler Conference Center at Amazon. Realogics Sotheby’s International Realty (RSIR) was the invited Visionary Sponsor and received high-profile exposure including on stage signage, a welcoming address by Dean Jones and a condominium showcase complete with scale models, project collateral and video displays.

“We were delighted to support the Downtown Seattle Association and the great work they do in building a better downtown,” said Dean Jones, President and CEO of RSIR. “I remember hosting a similar event back in 2006 at Benaroya Hall, which occupied a similar place in the approaching housing cycle. I must say it feels good to bring the band back together – condos are coming!”

During his opening remarks, Jones cited research that noted 30,000 multifamily housing units will be delivered in downtown Seattle’s urban neighborhoods between 2010 and 2020, however 91% of that supply was purpose built for rent and not for sale. He suggested developers are now playing catch up but noted that demand can rise faster than supply when building high-rises. As such, the median price of resale condominiums in downtown Seattle has been rising at more than 1% per month. Approximately 3,000 new condominiums are either in development or planned within the pipeline for delivery by 2022 but 550 of these are already presold or reserved for priority presales.

“From a unit perspective, if just 5% of the tenants that recently occupied rental apartments built since 2010 decided to buy, we’d be out of inventory through 2022,” adds Jones. “It’s amazing that not one new condominium unit was delivered in 2017 and less than 10% of the 496 units scheduled for delivery by the end of 2019 remain available for purchase.”

Among the topics being reported by Jon Scholes, President of The Downtown Seattle Association, was the recent success of repealing the Seattle City Council’s recent head tax on jobs. Scholes described the attempt by Council as “backwards” while acknowledging that challenges still exist in creating affordable housing and tackling homelessness. In this case, however, it seemed counterintuitive to detract businesses from doing business in Seattle. Prior to the repeal, RSIR offered insight in a blog post.

Before and after the presentations, scores of guests explored the “condo corner” that was built and included scape models of NEXUS by Burrard Group, KODA by Da-Li Development and SPIRE by Laconia and Vanke. Other exhibits promoted The Pinnacle at Alki and SOLIS on Capitol Hill. 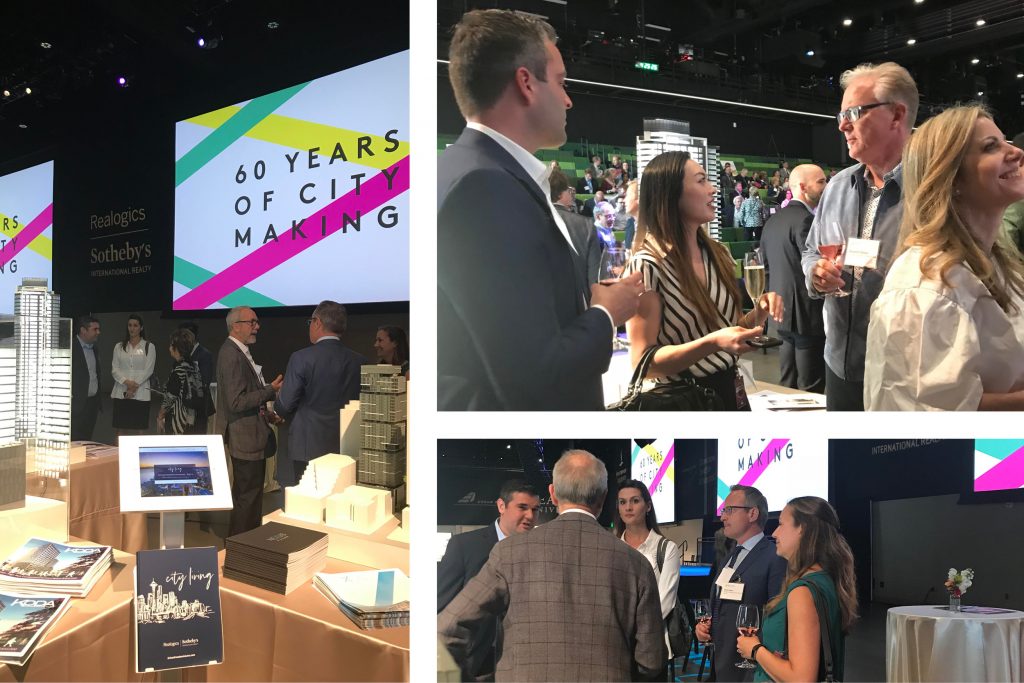 Above & Below: Guests and members of RSIR enjoyed exploring the RSIR “condo corner” featuring a number of new developments in the pipeline. 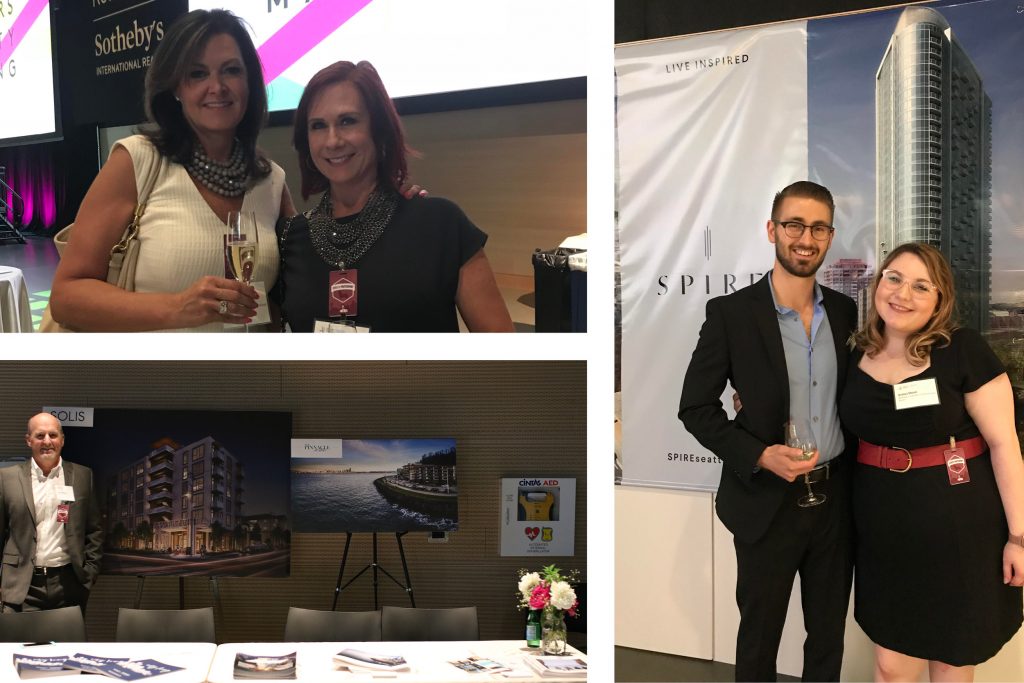 RSIR recently opined on the importance of condominium development—especially at more attainable price points below $700,000—where prospective buyers can secure conforming loans with as little as 3.5% (FHA) or 5% down payments. Although Jones predicts a rise in downsizing empty-nesters and move-up buyers from older generation buildings.

“Presales provide an opportunity to plan ahead without fear of missing out or having a purchase price get bid up,” concludes Jones. “In the current environment savvy homebuyers can even experience double equity as their current property value rises while they benefit from the introductory prices offered by developers during presales.”

According to NWMLS research by RSIR, more than 50 resales of prior presales have occurred at recently completed buildings including Insignia and LUMA, and the prices have escalated by an average of 25%.