Executives of Realogics Sotheby’s International Realty (RSIR) today announced the appointment of Matthew Van Damm as the vice president of New Developments. In his role, Matthew will lead the marketing and sales efforts of the quickly-expanding project marketing team. Van Damm brings more than 17 years of experience in the sales, leasing, marketing and product design of over 60 high-profile developments in Manhattan, Brooklyn, Long Island city (Queens), New Jersey and Philadelphia valued over $4 billion. Locally, RSIR is currently representing a dozen new construction and apartment conversion condominiums throughout the Seattle area comprising more than 1,000 units and $1 billion+ of inventory through 2021 deliveries. RSIR is also advising a similar portfolio of projects that are being positioned for the next development cycle with deliveries between 2022 through 2024. As market conditions spur demand for ownership and Washington State Legislators amend the Condominium Act, market pundits report increased desire for developers to build condominiums for sale instead of apartments for rent. 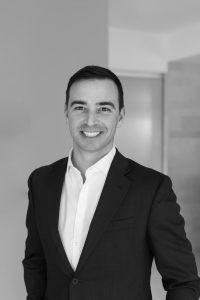 “We are fortunate to have identified Mr. Van Damm for this pivotal role at RSIR — his passion for the industry, unmatched experience and skillset align well with our culture and corporate goals” said Dean Jones, President and CEO of RSIR. “Matthew’s timing is perfect as we move into a housing cycle of homeownership following a record run of apartment development throughout the Seattle metro area.”

Jones estimates 27,000 multi-family housing units will be delivered in downtown Seattle over the current decade, however 93-percent of this new supply was purpose built for rent and not for sale. As apartment supply peaks in 2019, the economics for merchant development of rental buildings wanes, as many tenants that fueled the demand for rentals during the past cycle are increasingly seeking ownership. Remarkably, no new condominiums were delivered in downtown Seattle between 2011 and 2014, or in 2017. Jones believes more than 500 units will presell between Q4-2018 and Q1-2019 at a new collection of recently launched new construction condominium projects in downtown Seattle — more than the entire resale volume for same area (NWMLS #701) during 2018.

Prior to RSIR, Van Damm was the executive vice president of Marketing + Design and a partner from 2012-2018 with the Naftali Group — a prolific developer of residential projects in New York City from 2013-2018. He has also held roles as director of operations for Town Residential, a founding executive for a then-burgeoning residential brokerage in New York from 2010 to 2013; director of Public Relations and a senior project manager with Citi Habitats Marketing Group in New York from 2003 to 2010.

“I’m excited to join RSIR in a senior role and further establish ourselves as the Pacific Northwest’s leading turnkey, sales and marketing solution,” said Van Damm. “I studied multiple regional West Coast growth markets before choosing to take my career to Seattle last year. Likewise, I have long admired the work of RSIR from afar and I greatly respect the Sotheby’s International Realty® brand, having experienced this great network on the East Coast. I feel honored to work alongside gamechangers in the industry with so many advantages to draw upon for our valued developer clients.”

Having received a Bachelor of Arts from Mount Saint Mary College in Newburgh, NY with a Major in Psychology and a Minor in Communications, Van Damm holds a real estate license in New York State and Washington State (pending) and remains active in philanthropic causes. He resides in Seattle with his wife and two children.

“We offer the industry a preferred solution for knowledgeable, actionable and functional execution,” adds Van Damm. “In New York, I’d have to hire a half dozen or more independent companies to execute project marketing accounts from concept to closing. Now I have all these resources down the hallway within the fastest-growing large city in the U.S.”