Divers of all stripes—from those who travel with their equipment to novices—can select from countless destinations. While the busiest diving spots are often packed with leisure travelers and heavy boat traffic, an assortment of locales around the world provide unique diving experiences—and many are environmentally friendly, too.

Divers undeterred by cooler water often rave about New Zealand’s diving spots, especially the Poor Knights Islands, a marine reserve roughly 15 miles off the northeastern coast that Jacques Cousteau called one of the world’s top dive sites. The islands’ volcanic origins—which reputedly date back 11 million years—provide spectacular drop-offs, caverns, lava arches, and tunnels. Due to their location, the island receive warm subtropical currents from the upper reaches of the South Pacific, which explains the presence of many fish species normally only found much further north.

After tackling the Poor Knights, adventurous divers head farther north up the coast to the Cavalli Islands and the wreck of the Rainbow Warrior, a controversial Greenpeace ship sunk by the French Secret Service in 1985, then turned into a dive site off Matauri Bay in 1987. The location is home to an ever-growing artificial reef of marine life, which attracts schools of golden snapper, kingfish, and John Dory.

Such is New Zealand’s commitment to the environment that the Department of Conservation reminds divers to ensure their gear is trimmed to avoid entanglements, and to maintain good buoyancy control while avoiding collisions with marine life. 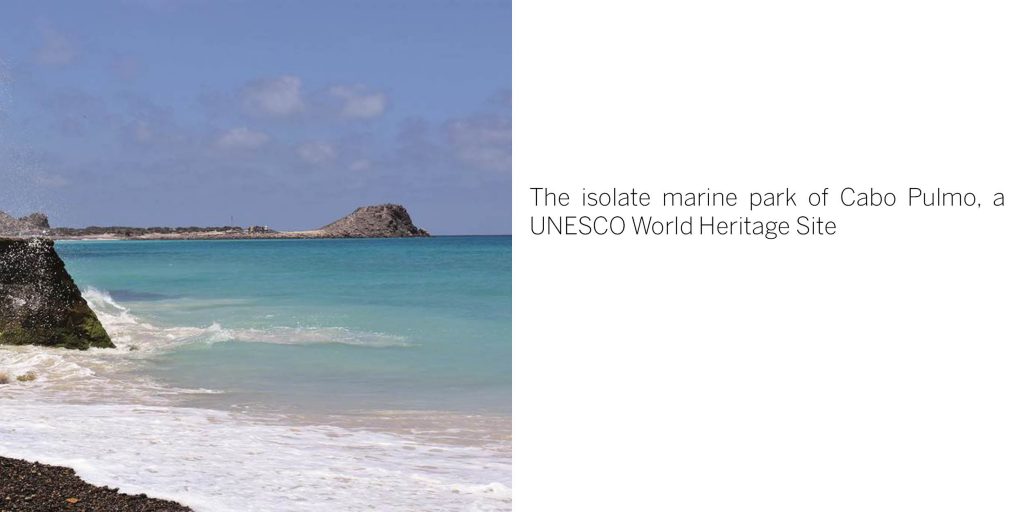 The Islands of Tahiti offer some of the best diving in the Pacific. Rangiroa, the second-largest coral atoll in the world, is home to more than 25 shark species and offers picture-perfect drift diving through Tiputa Pass and Avatoru Pass. The nearby island of Fakarava, a designated UNESCO Biosphere, attracts divers every June or July, when hundreds of sharks come to feed during the annual spawning of groupers.

Environmentally conscious travelers appreciate the destination’s long tradition of eco-friendly practices. The Polynesian tradition of Rahui is an age-old technique of rotating fishing grounds, which allows stocks to rebuilt and diverse fish populations to form, all while attracting lots of large prey animals. Big resorts, such as Hilton and the Intercontinental Hotel Group, maintain coral-protection initiatives, which guests can visit and learn more about. 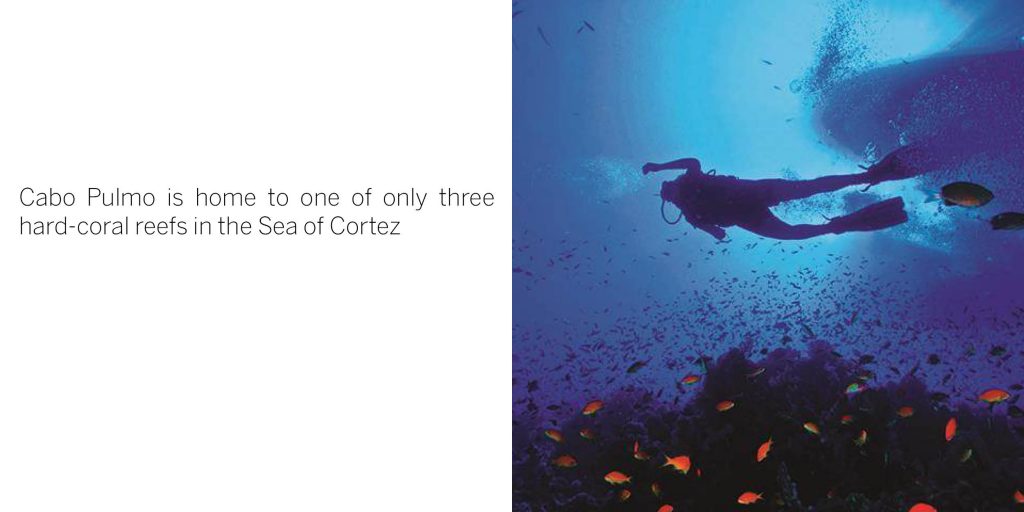 The most visited country in Southeast Asia offers hundreds of diving sites appealing to all skill levels and sensibilities. Koh Lipe is a small island in the Strait of Malacca’s Tarutao National Marine Park, home to more than 20 dive sites and around 25% of the world’s tropical fish species. Located near the country’s southern border with Malaysia, the park displays jaw-dropping rock formations, pinnacles, and boulders.

Koh Tao, an island in the Chumphon Archipelago on the western shore of the Gulf of Thailand, is heavily involved in marine conservation and education. Novices select from numerous diving schools, and the island’s calm, clear waters contain attractive coral reefs and marine life. Conscientious divers tap into conservation efforts and initiatives, such as the New Heaven Reef Conservation Program, which aims to preserve and protect the island’s marine environments. 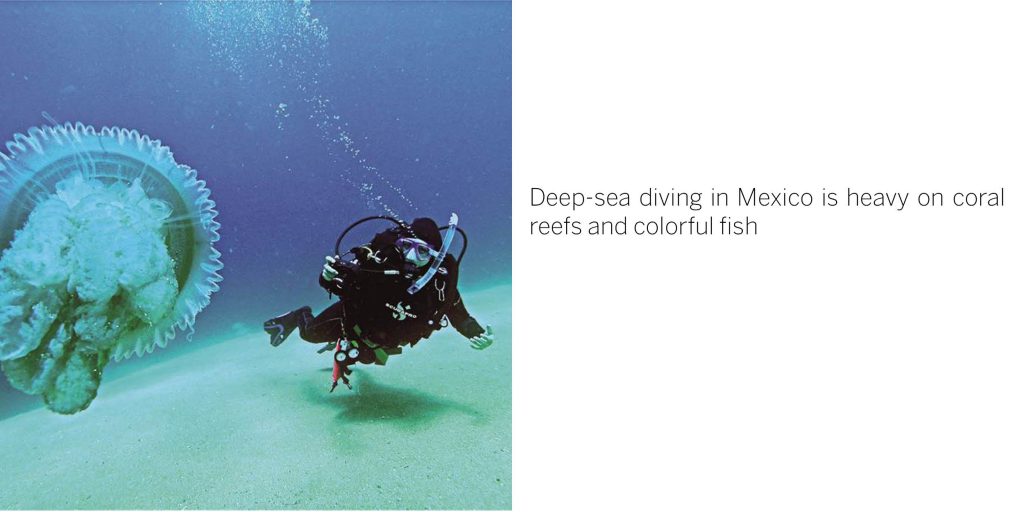 The U.S.’s premier diving destinations, the Hawaiian Islands offer many notable diving sites. The Sheraton Caverns, located on the island of Kauai near the Sheraton Kauai Resort, are popular with honu (Hawaiian green sea turtles), while Brennecke’s Ledges are home to a sizable lava shelf, with coral trees growing from the lava rock face.

A few miles off the coast of Hawaii Island, daring divers enjoy blackwater night dives during which they hang, suspended from a 50-foot tether with a dive light in hand, over 4,000 feet of water to watch pelagic creatures drift by—from clear larval-stage critters to squid, octopus, hunting dolphins, and sharks. To amateur marine biologists, the opportunity to witness diurnal vertical migration (when animals from the deep sea come to the surface) is priceless.

Visible from Maui’s southwestern coastline, the Molokini Crater is a crescent-shaped, partially submerged volcanic crater that was declared a Marine Life Conservation District in 1977. Advanced divers drift dive off the 300-foot sheer outer wall, using channel currents to carry them along while exploring cauliflower coral and keeping an eye out for manta rays and whitetip sharks. Given its long history as a conservation district, Molokini’s marine life is comfortable with the presence of nearby divers, who enjoy unhurried views of the approximately 250 species that call the crater home. 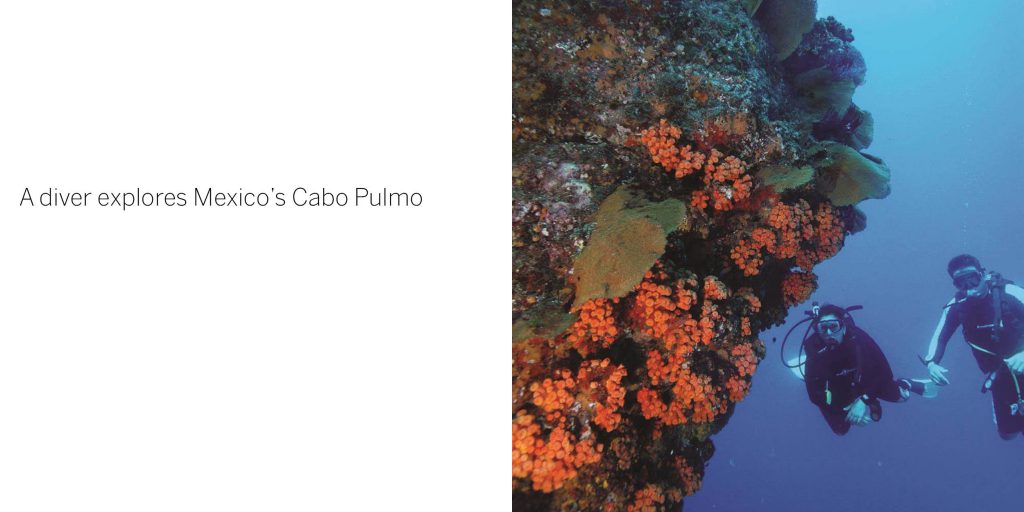 With 800 miles of coastline, Costa Rica is an aquatic playground. Isla del Cocos (Cocos Island), long ago a hideout for treasure-seeking pirates, was once deemed “the most beautiful island in the world” by Jacques Cousteau. It sits 340 miles off Costa Rica’s Pacific coast and is one of the country’s most renowned national parks as well as a protected UNESCO World Heritage Site. (The Costa Rican government forbids inhabitants other than park rangers.) Situated on top of an ancient volcanic mountain covered with lush tropical rainforest, Isla del Cocos is home to species that can’t be found anywhere else in the world. The island is surrounded by deep waters, with counter-currents that attract hammerhead and tiger sharks, rays, and dolphins, as well as other adventurous divers.

Much closer to shore are the Islas Murciélago (Bat Islands), where divers enjoy seasonal sightings of dolphins, turtles, and whales. Thrill-seekers flock to the “Big Scare,” a site teeming with intimidating bull sharks, plus marlin and sailfish. Santa Rosa National Park, which serves as the departure point for the islands, is home to numerous eco-friendly hotels that hold Costa Rica’s Certification for Sustainable Tourism. 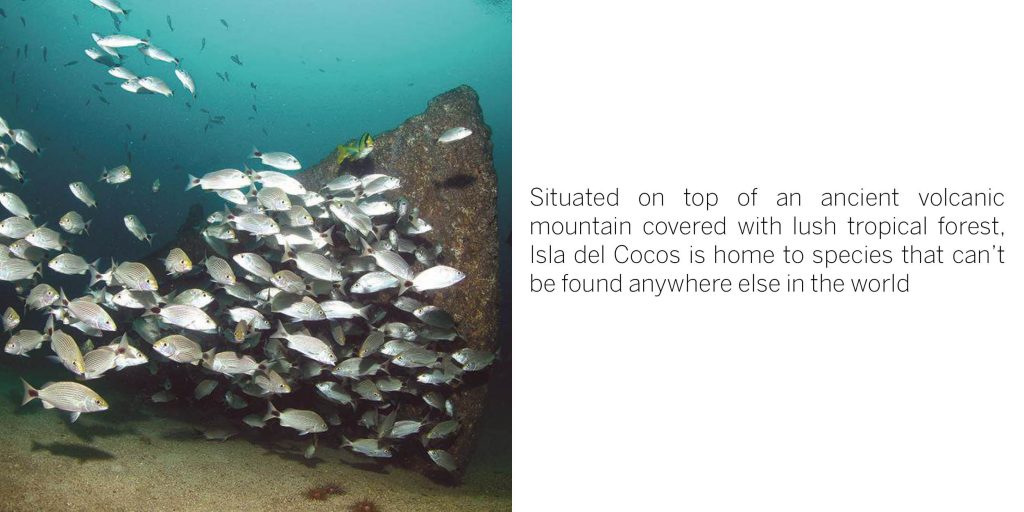 Among Mexico’s numerous lauded diving destinations, the isolated marine park of Cabo Pulmo, a UNESCO World Heritage Site, stands out. Situated 60 miles northeast of tourist-clogged Cabo San Lucas, Cabo Pulmo is home to one of only three hard-coral reefs in the Sea of Cortez. In addition to the reef’s impressive assortment of colorful fish, divers might spot sea lions, groups of rays leaping from the sea, majestic whale sharks, and sea turtles making their way to shore to dig their nests.

Those looking for a truly out-of-the-ordinary diving experience head to the British Virgin Islands, where Virgin Gorda’s Mountain Point is home to the BVI Art Reef. In 2017, the Kodiak Queen—one of only five surviving ships from Pearl Harbor—was intentionally sunk with a large-scale sculpture of an 80-foot kraken attached. The project was created by a group of artists, engineers, scientists, and donors (including Sir Richard Branson) to raise awareness of ocean conservation across the region. Divers can feel good, given its role as a coral out-planting platform, facilitating a thriving new reef habitat while rehabilitating vulnerable marine life, such as the goliath grouper. The project also maintains swimming, diving, and educational programs for local youth.

Sometimes known as the “Shipwreck Capital of the Caribbean,” Barbados is home to stunning dive sites, many of which have incorporated artificial coral reefs. The island’s largest protected marine park, Carlisle Bay, is home to rare frogfish and seahorses. And it’s one of the few places in the world where visitors can experience six shallow-water shipwrecks—including a tugboat and freighter—in a single dive. 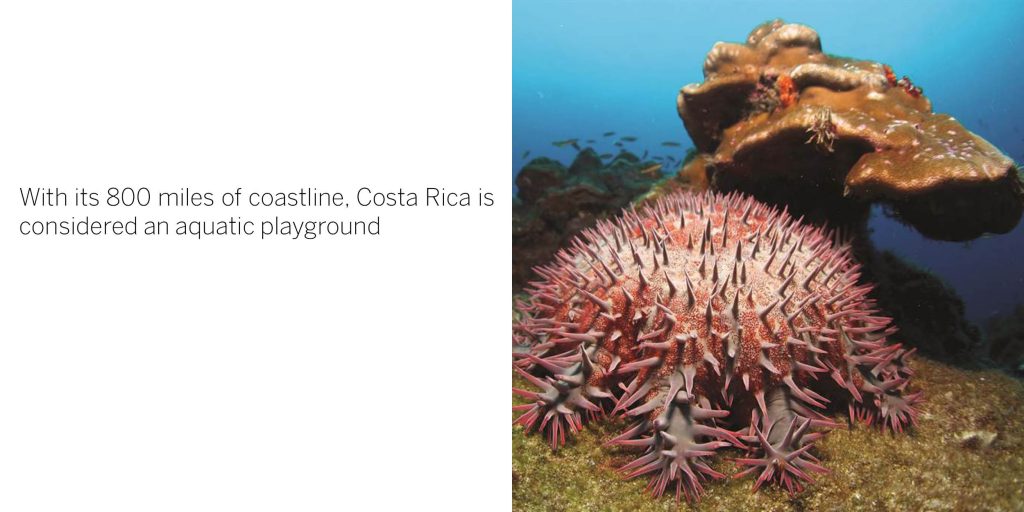 Photo by Henrik Hedegaard on Unsplash