Home prices in the Puget Sound region have caught up with those elsewhere along the Pacific Coast. The CoreLogic Case Shiller Home Price Index for October 2019, posted December 31, showed Seattle residential prices up by 2.5 percent year over year. Published by S&P Dow Jones, the index surveys resales of residential homes[1] in the Seattle metropolitan statistical area comprising King, Snohomish, and Pierce Counties (“Seattle MSA”). Data for November and December, subsequently posted by the Northwest Multiple Listing Service (“NWMLS”), appear to confirm that the trend will continue through the year-end, bolstered by shrinking inventories in Seattle, West Bellevue, and throughout the Seattle MSA. In welcome news for condominium sellers, the latter trend is mirrored by inventory contractions in the city of Seattle and on the Eastside.

Since their year-over-year declines bottomed in July, Seattle index results have been racing to catch up with those of other major cities across the country. Nationwide, Seattle bested New York City and Chicago in September and is closing in on Miami and Washington DC (Chart A). Among Pacific Coast gateway cities, Seattle’s year-over-year growth rate surpassed those of San Francisco in August and of Los Angeles in September. The October changes in those cities were -0.4 percent and +2.0 percent, respectively. Seattle’s 2.5-percent index gain in that month was competitive with those of Portland (+2.7 percent) and San Diego (+2.9 percent), yet each of these have been relatively stable since last summer in comparison with Seattle’s acute upward surge (Chart B).

With October’s 3.3 percent increase in the national composite index, home prices are currently more than 15 percent above the pre-financial crisis peak reached July 2006. October’s results were broad-based, as both our 10- and 20-city composites rose. Of the 20 cities in the composite, only San Francisco saw a year-over-year price decline in October.[2]

In combination with the Case Shiller index trajectory mapped since July, prices since recorded by the NWMLS suggest that Seattle residential price growth may have finished 2019 on track with the +3.3 percent national average for October. Local NWMLS-recorded price trends are now lining up with the index trend: residential prices turned higher on the Eastside in August, and across King County in November (Chart C).

The mountain of regional home inventories that began to accumulate in the spring of 2018 has now been thoroughly sold through, even in the condominium markets where they lingered longest. (See Charts F, G, L, and M.) Across the Seattle MSA, when new listings are subtracted, residential inventories are about where they were at the end of 2016: higher than during the 2017 price run-up, but far lower than at the 2018 year-end (Chart D). Residential inventory in West Bellevue, while higher than in 2016 or 2017, is likewise lower than last year (Chart E).

Residential markets in 2019 benefited from favorable financial news. In 2018, the U.S. Federal Reserve, the nation’s central bank, raised interest rates four times, culminating in a quarter-point hike from 2.25 percent to 2.5 percent in December.[3] These rates are still historically low, although higher than the effective zero-percent rates seen during quantitative easing from 2009 through 2015. By mid-March 2019, with home prices appearing to cool, the Fed backed away from their plan to raise rates twice more, leaving them unchanged for the remainder of 2019.[4]

The stock market rose for the first three quarters of 2018. It then fell in the fourth quarter, with the Dow Jones ending the year 5.6 percent lower, and the NASDAQ composite 3.9 percent lower. These corrections were still minor compared with the respective 33.8-percent and 40-percent plunges those indices saw in 2008.[5] The stock market remained buoyant throughout 2019, despite “fears that were never realized.”[6]

As is often the case, the financial market events of 2018, modest as they were, did not instantly sink the real estate market. Prices continued to rise through that year, but at a reduced pace; the Case Shiller Index reported a 4.7-percent annual gain for residential prices nationwide in December.[7] Residential prices in the Puget Sound region remained resilient into the fourth quarter. However, they did drop in early 2019, and as indicated by Case Shiller and NWMLS data, did not recover until the inflection point reported by RSIR CEO/Owner Dean Jones in July 2019.

For more details on the October 2019 Case-Shiller Index results, download the S&P Dow Jones Case-Shiller summary report. Check the RSIR web site for notice of upcoming publication of our 2019/2020 Market Report, due in April 2020. For details on the market implications of our reports for homes in your neighborhood, contact a local RSIR broker. 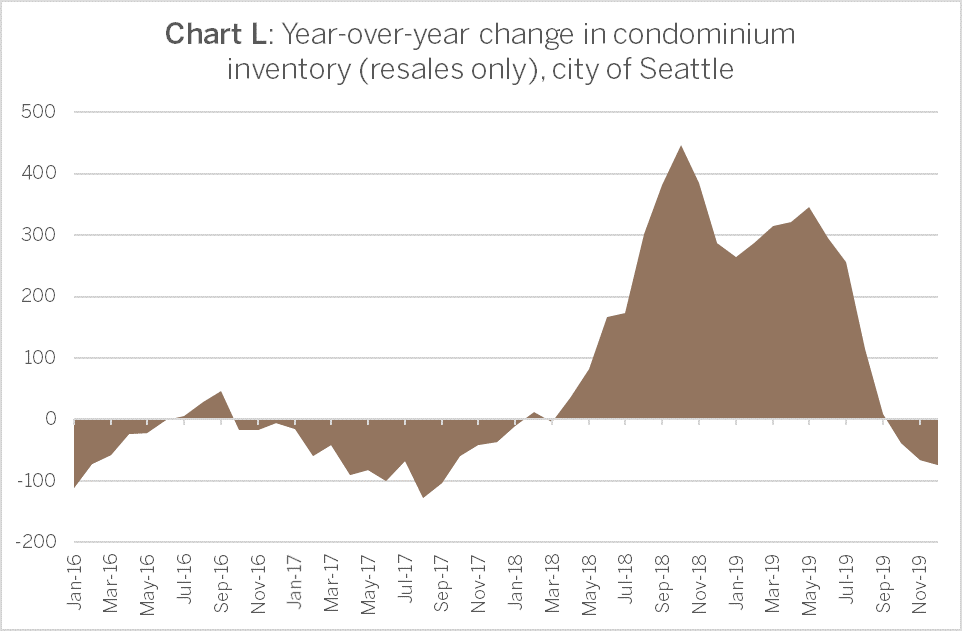 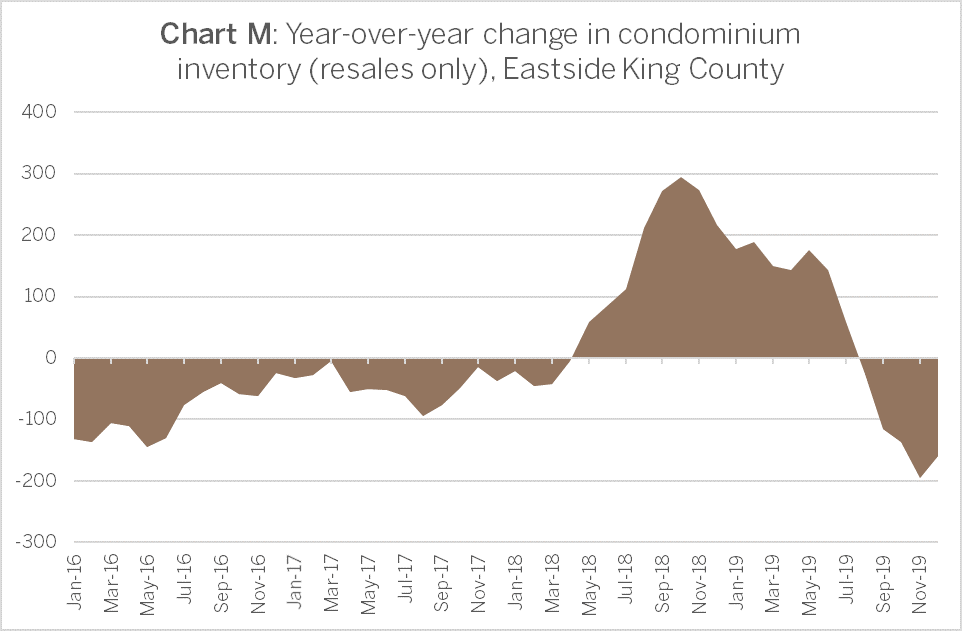 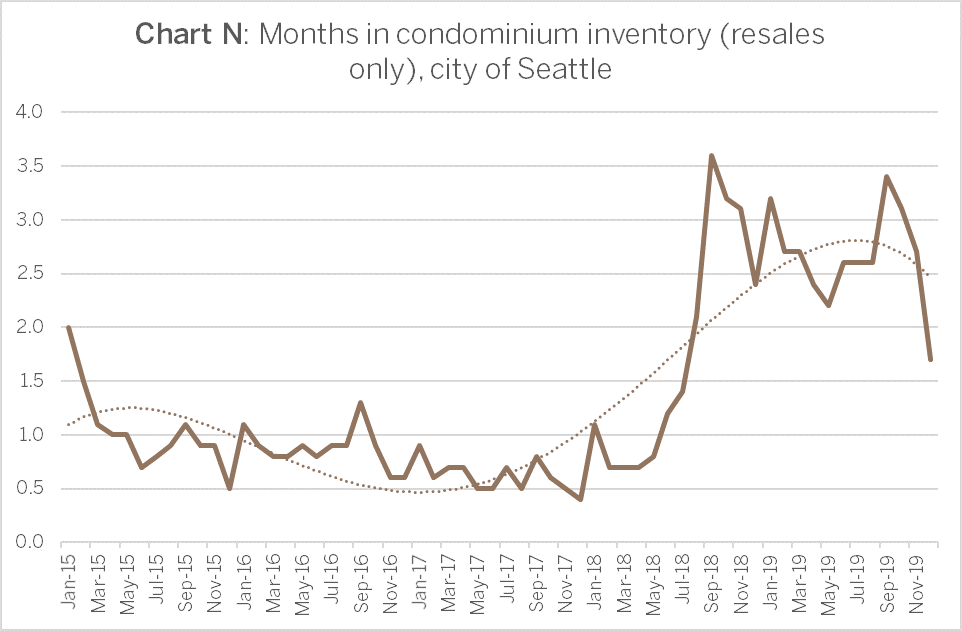 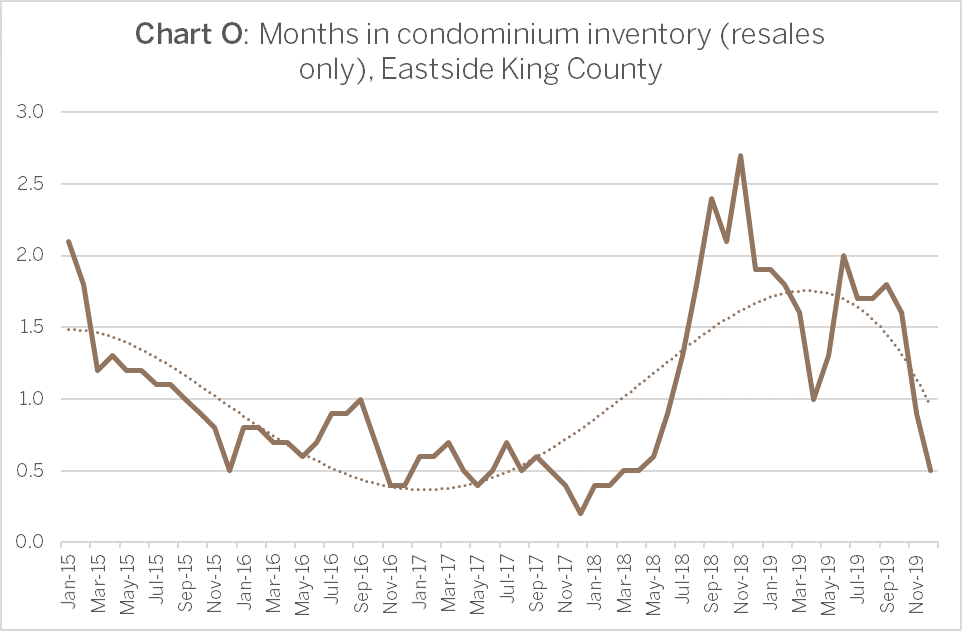 [1] The Case Shiller Index notably does not account for condominium sales.