During the month of the first U.S. diagnosis of COVID-19 here in Washington State, home sellers and buyers remained seemingly unaware of the looming threat. According to January results for the S&P Dow Jones CoreLogic Case Shiller Home Price Index, residential prices in that month continued the trend seen in the fall and winter of 2019.[1]  Case Shiller reports are issued two months after their reported data, so the effects of the ensuing events have not yet been captured by the index. However, in the weeks following the first reported death in Kirkland on February 29, those effects—both the lethality of the virus and the sweeping policy response it provoked—along with a sharp selloff in the financial markets, have likely transformed the region’s home-selling environment in ways that will not be clear until later this spring. 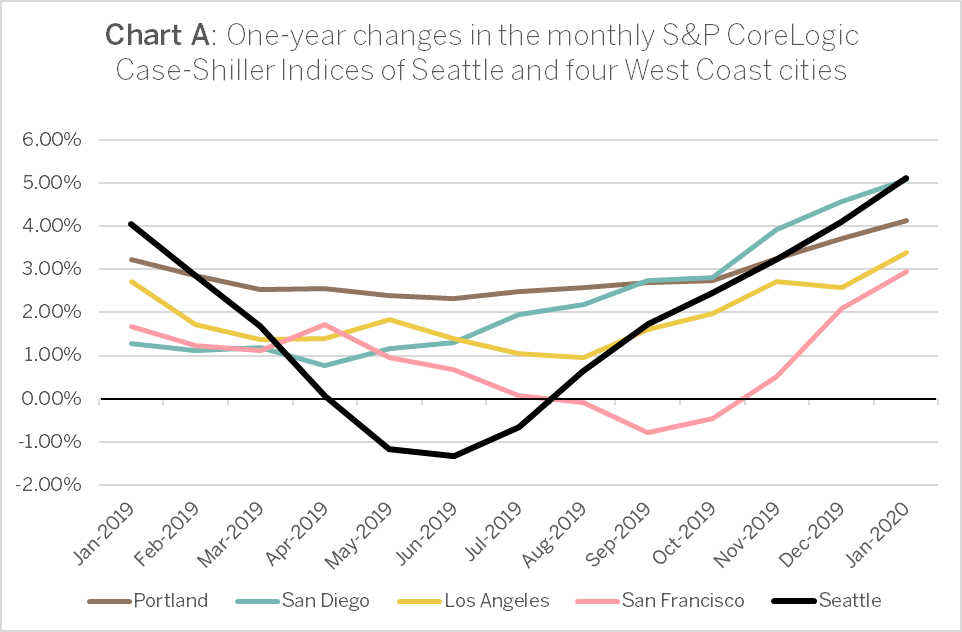 Yet in January, Seattle finally again took the lead in West Coast residential selling price growth according to Case Shiller. By the slimmest of margins, Seattle’s index edged out that of San Diego for the West Coast lead, having previously overtaken San Francisco, Los Angeles, and then Portland, Oregon. (See Chart A. Note the difference between the 5.12-percent year-over-year increase seen in Seattle and the 5.08-percent difference in San Diego is likely to be adjusted in the coming months.) Seattle, San Diego, and Tampa were roughly in a three-way tie for second in the nation after Phoenix, where the price index rose by 6.9 percent from the preceding January. 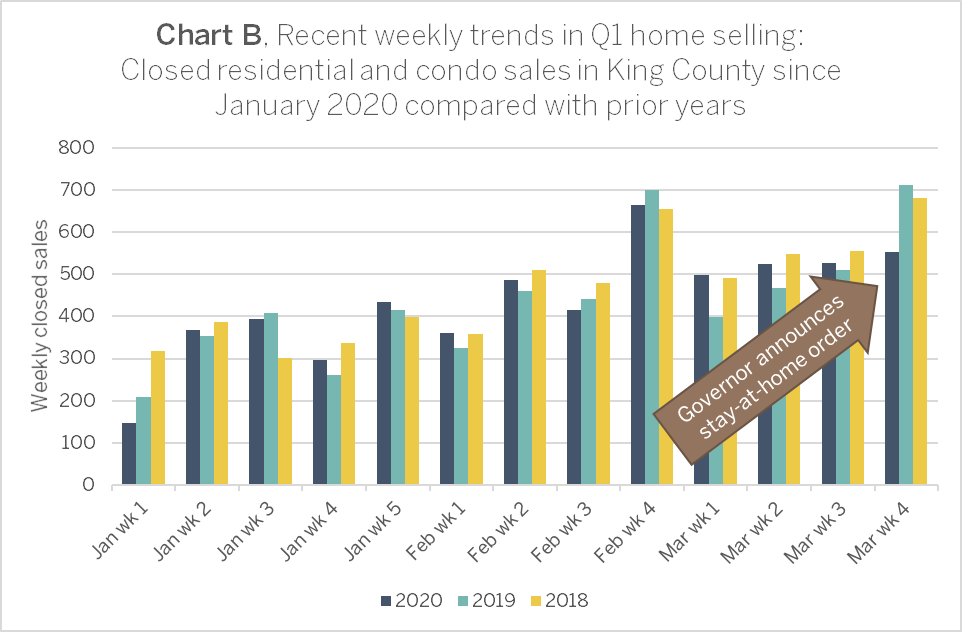 Craig J. Lazzara, Managing Director and Global Head of Index Investment Strategy at S&P Dow Jones Indices, acknowledged that the global pandemic had not yet captured the attention of homebuyers when January 2020’s index results were computed. “It is important to bear in mind that today’s report covers real estate transactions closed during the month of January. The COVID-19 pandemic did not begin to take hold in the U.S. until late February, and thus whatever impact it will have on housing prices is not reflected in today’s data.”[2]

The outbreak of the virus in late February was met by a series of emergency measures by Governor Jay Inslee, starting with the closures of schools and prohibitions of large gatherings in King, Pierce, and Snohomish Counties on March 12, and proceeding to a general stay-at-home order for all non-essential workers statewide with effect from March 25. In combination with the plunging stock market, these orders, however urgent they were, will take a toll on real estate selling activity through April and for an uncertain duration thereafter. According to the Puget Sound Business Journal, more than 3,600 layoffs have already been reported by 26 Washington State companies since the crisis began; and 133,478 jobless claims in the state were submitted in the week of March 15.[1]

Industry leaders successfully lobbied for subsequent clarifications of the Governor’s order to allow necessary real-estate marketing activity to proceed. While open houses remain banned, showings to one person at a time under conditions of social distancing are now allowed. Anecdotally, brokers report that some buyers are hoping to take advantage of seller uncertainty. Yet while in comparison with prior years, the numbers of home sales have turned lower since the stay-at-home order took effect (Chart B), the supply of new listings has been falling by an equal or greater amount (Chart C). As current listings expire, the latter trend foreshadows a tightening of inventory that favors sellers. This would suggest an equilibrium that may sustain home prices as we go forward. So, while selling volume is likely to contract in any case, sellers face fewer competing homes for sale in this market. 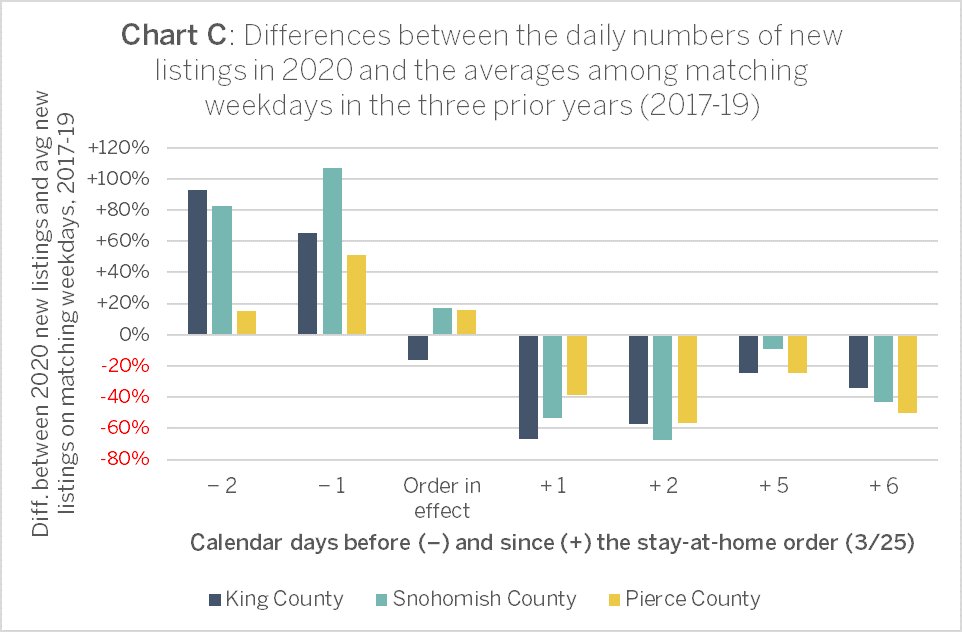 For more details on the January 2020 Case-Shiller Index results, download the S&P Dow Jones Case-Shiller summary report. Check the RSIR website for notice of upcoming publication of our 2019/2020 Market Report, due in April. For details on the market implications of our reports for homes in your neighborhood, contact a local RSIR broker.