Fourteen condominium projects are under construction in Seattle—and that’s not counting the many additions going up on the booming Eastside. Last week, the Civic Square project finally got off the ground following several failed attempts to develop the block, adding one more condo project to the list.

The Puget Sound Business Journal tapped industry leader and Realogics Sotheby’s International Realty (RSIR) CEO and President Dean Jones to share his insight into the market as this long-plagued project finally gets underway.

According to Jones, seasoned condo developer Bosa Development, the company at the helm of the 58-story Civic Square project, has “the heft” to pull off the pioneering project. PSBJ reports that representatives from Bosa did not yet have a date for commencing construction on the block, which has stood empty since 2005 when the Public Safety Building was demolished.

Looking specifically at Gridiron, a perfectly situated new residential development sitting between CenturyLink Field and the revitalized Seattle waterfront, more than 60 percent of the 107 units have now been sold. Following a 20 percent price reduction in some units and a corresponding shift in the market, Gridiron is even closer to boasting full-capacity.

The condominium market in Seattle experienced neutral market conditions in the third quarter of 2019 but slipped back into the favor of sellers in the fourth quarter. Year-over-year there were fewer condos for sale in 2019 than there were in 2018, and the median sales price dipped by nearly 8 percent. Still, more luxury condos are coming on the market vying for buyers’ attention, and they have a lot of distinctive, high-tech appeal.

Among RSIR’s New Development projects, there are ample opportunities for buyers to discover homeownership from renowned architects and interior designers. 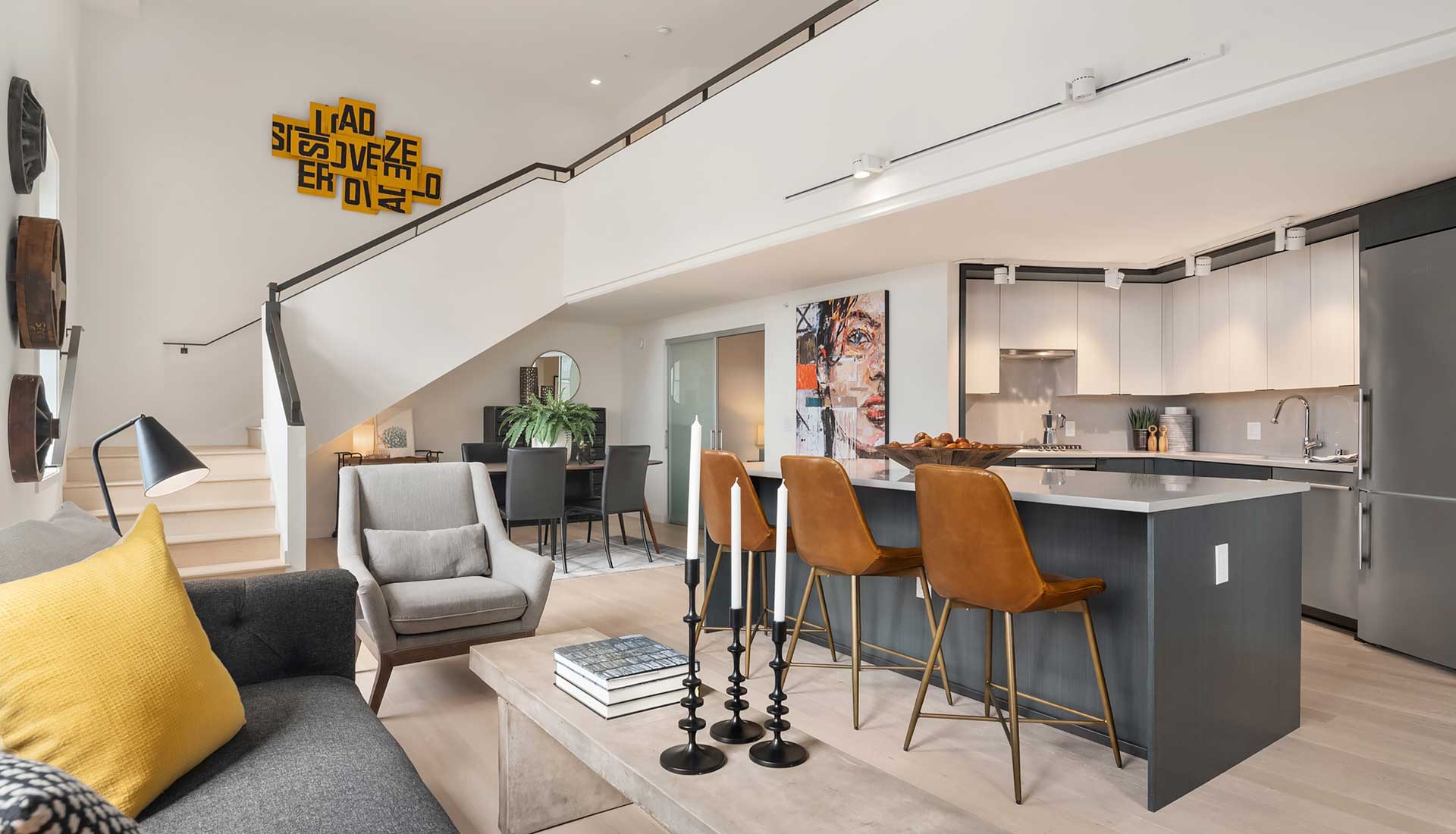 The 107 residences at Gridiron are sheathed in glass but erected from the 115-year-old Johnson Plumbing building—with the result being a perfect marriage of rustic charm and bijou modernism. The homes are positioned next to the Stadium District, which hosts sporting events, concerts, and art fairs; Pioneer Square, a hotbed of culture that summates to much more than just its quaint visual appeal; and the new waterfront, a planned expansion that will flood the waterside with new amenities and attractions.

Set for completion in 2020, available for presale 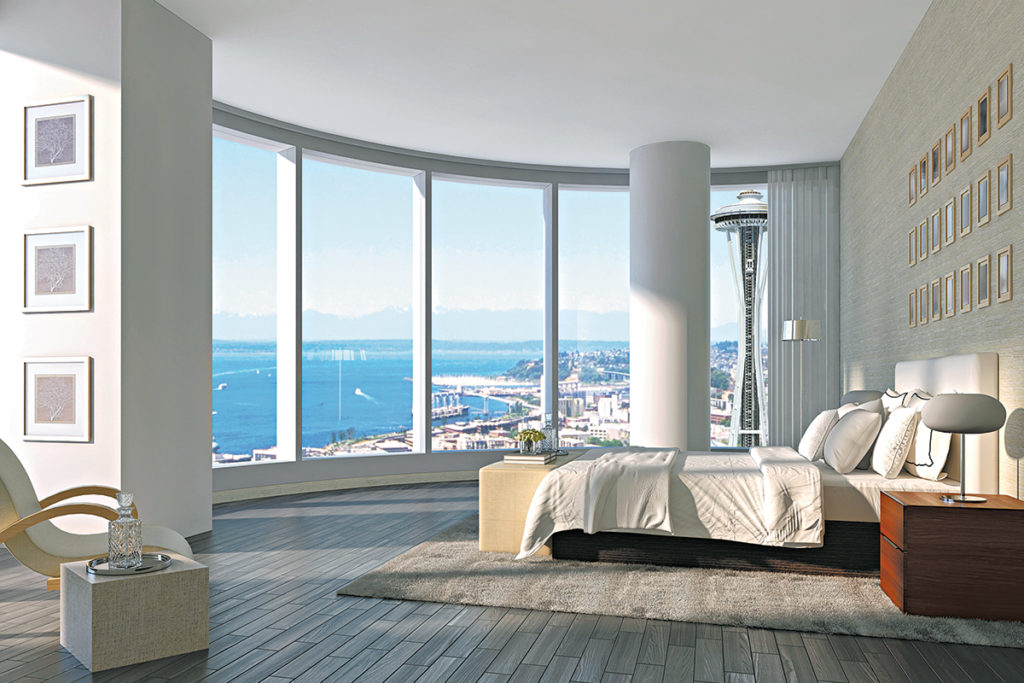 SPIRE is a showcase of state-of-the-art engineering, revealed in expertly crafted homes with market-leading artisan finishes. These luxury condominiums reside inside of an architectural prism of glass that lends certain residences an elegant interior curvature and enviable, expansive views. Unmatched and coveted quality make SPIRE a once-in-a-lifetime offering and the new pinnacle of luxury in Seattle. 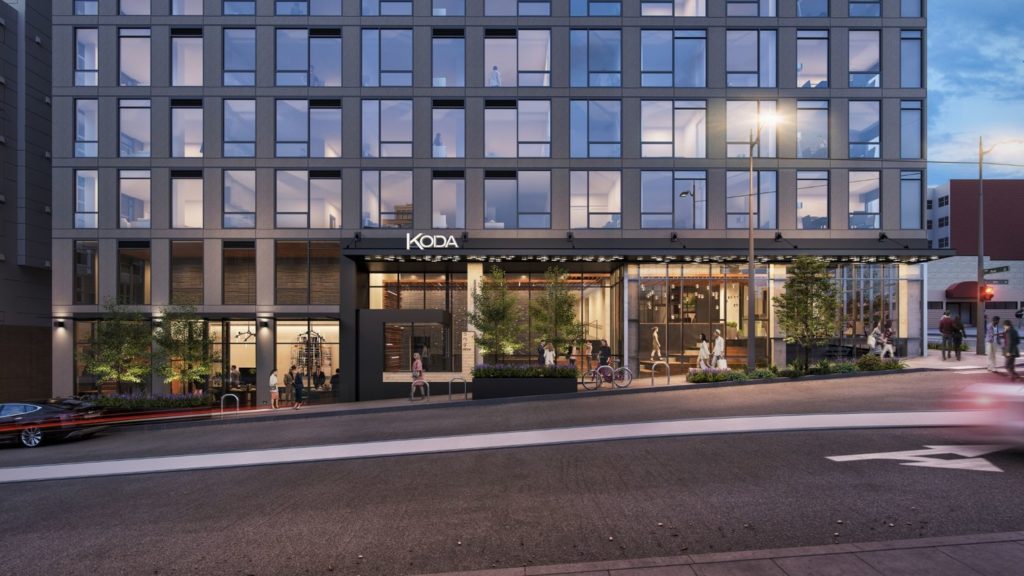 At the heart of Nihonmachi (a.k.a. “Japantown”), KODA will stand steadfast as a vertical village of 200+ condominiums enveloped by culturally-rich neighborhoods that resonate magnetic energy. Chinatown-International District’s revival offers a panoramic view of past and future, and the result is a timeless treasure. 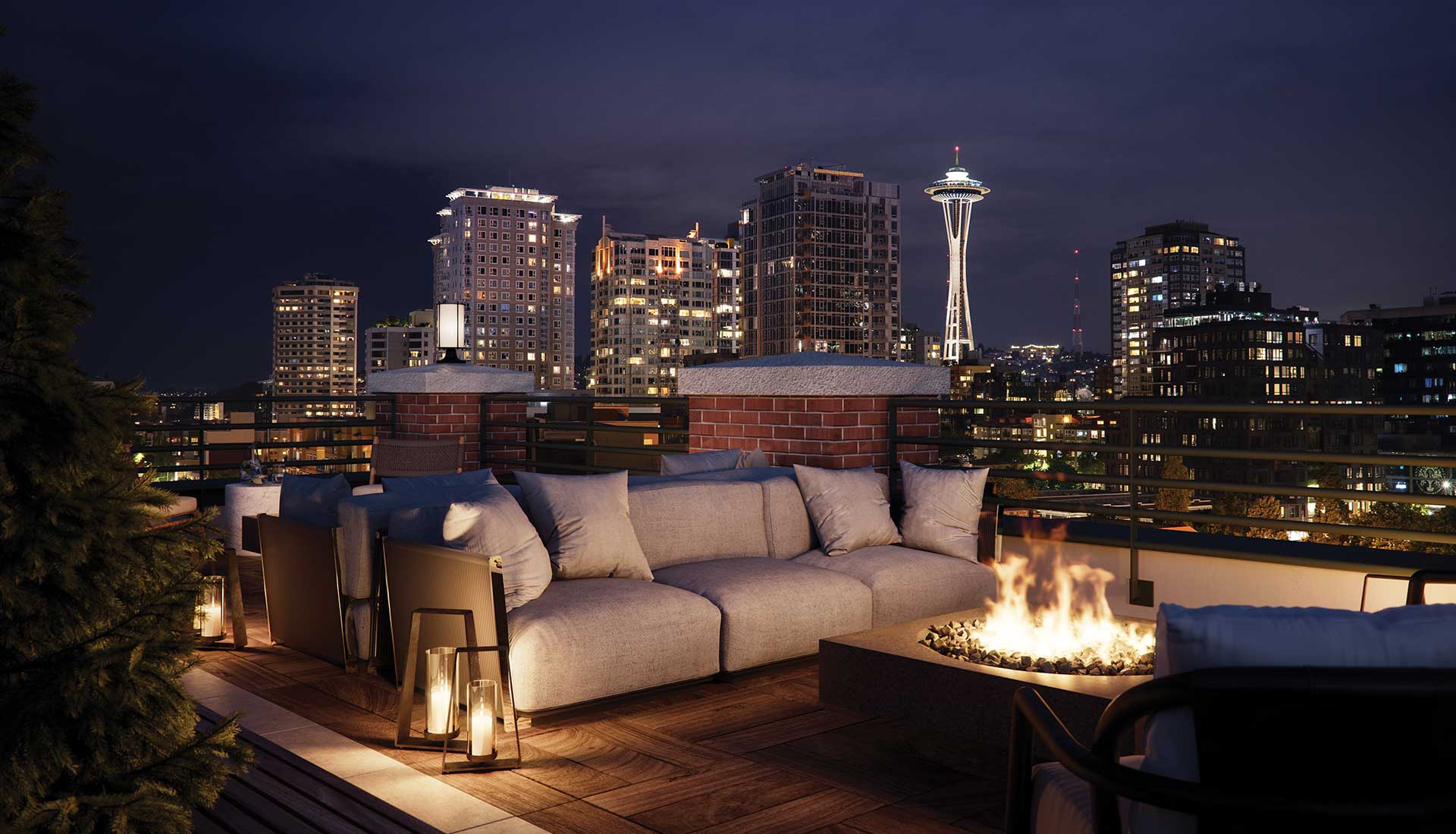