The Puget Sound real estate market has experienced unprecedented growth in recent years and though home price gains have begun to level off in the Seattle Metro Area, many of the region’s savvy buyers are flocking south of the Emerald City, where incredible value pairs with extraordinary lifestyle opportunities. Realogics Sotheby’s International Realty (RSIR) tapped three of our local south-enders—Lori DeVore, Gabriele Hugo, and Venessa Harper—to share a collection of stellar properties and their favorite things about living and working in the South End.

“The South King and North Pierce counties have incredible values. Miles of waterfront homes along Puget Sound and a collection of serene lakefront properties are particularly coveted, with many large and private home sites offered at affordable price points,” says Lori DeVore, who has been selling waterfront properties in both King and Pierce counties for many years. Her knowledge of the lifestyle comes from living on the boarder of the Dash Point and Browns Point beaches. These properties are located on the shipping channel, looking across to Vashon and Maury Islands, Gig Harbor and Tacoma, with some enjoying views all the way to Seattle. “It’s always fun to share this area with new and prospective clients—they are amazed at what can be found in this region.”

Residents of Burien enjoy its diversity, arts and culture, and vibrant atmosphere. Its rich history spans over 100 years and six miles of shoreline that give way to stellar mountain views and acres of public parks and trails primed for exploration. Ideally situated, Burien affords seamless access north to Seattle, east to the airport, or south to Tacoma. The downtown district is beloved for its boutique shops, local restaurants, historic town center, and events, which include an Independence Day parade, farmers market, art walks, local theater, seasonal festivities and more.

“My early childhood began in Burien with beautiful downtown Seattle views and memories of watching the Blue Angels. We then moved to the Edgewood area when my parents built their dream home on acreage. The ambiance of the homes on the south end and price points are both equally attractive and is where my husband and I have decided to raise our family,” reflects Venessa Harper, who was been serving the region for nearly a decade. “South end living has several levels of lavishness and practicality. Buyers that expand their home searches a bit further south are pleased with the value in their hard-earned dollars with opportunities to own waterfront properties, live in beautiful communities, enjoy even closer mountain views, quality schools and many other fascinating aspects—all for less!”

Three Tree Point is a hidden gem of the Pacific Northwest. An active and close-knit community in Burien, residents and visitors enjoy scuba diving, sailing, beachcombing and more. 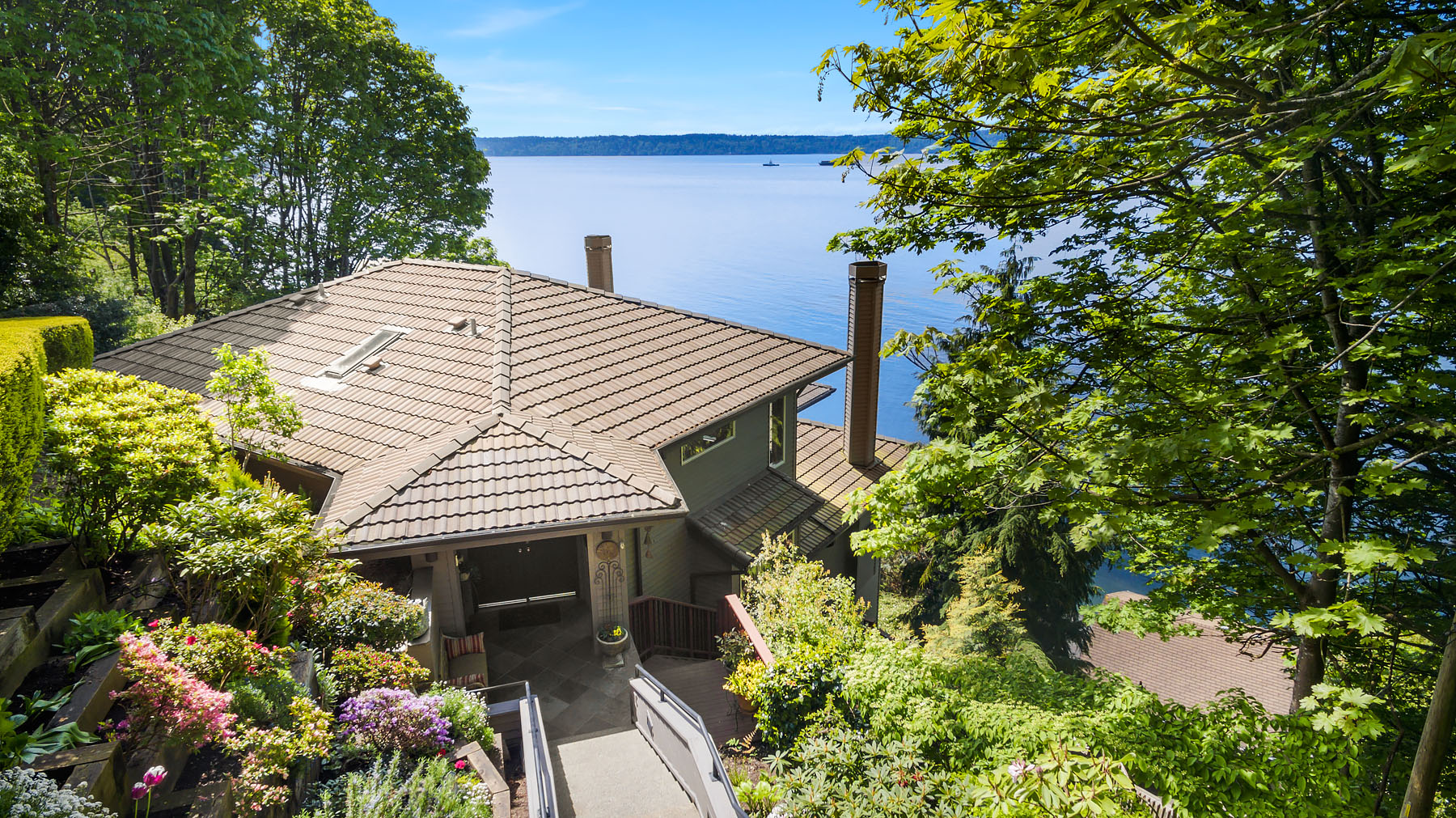 Just east of Burien, Renton has emerged as another popular destination for homebuyers. City leaders worked to redevelop the downtown core, adding The Piazza, a new town square located near the transit center; The Landing, a mixed-use development near the south shore of Lake Washington; and Southport, a waterfront site featuring luxury apartments, a Hyatt Regency hotel and forthcoming office space. 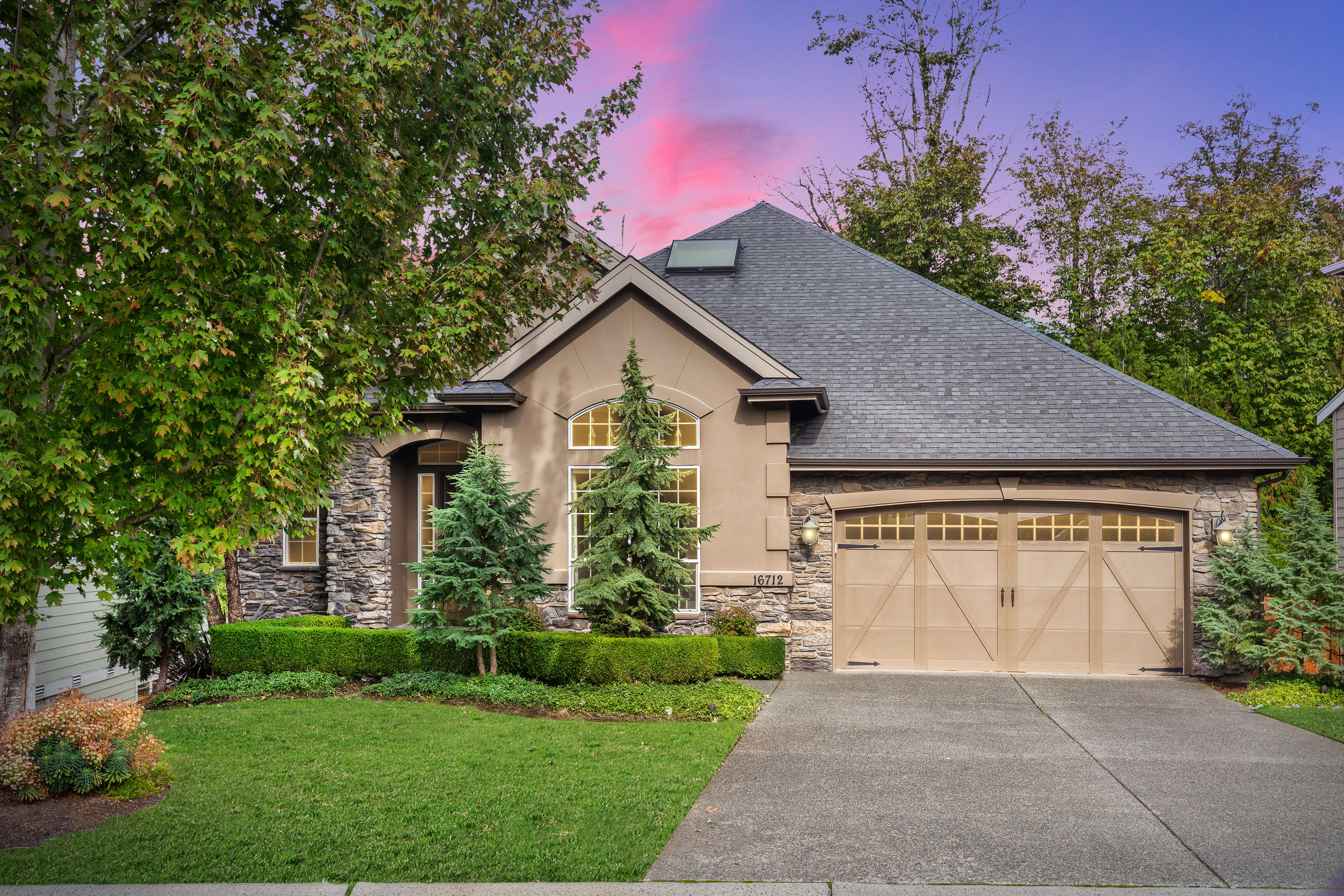 Hugo is currently representing one of the most coveted homes in the acclaimed Woodside community in Renton. This Ryan Donogh construction masterpiece features stunning hardwood floors, soaring ceilings, a rock fireplace and an open floorplan with lush greenbelt views.

Moving a bit further south, you’ll encounter Normandy Park, a lovely waterfront community that encompasses approximately 2.5 square miles. This coveted community emphasizes a healthy and safe environment and lifestyle for its residents, and is a favorite destination for young families. It boasts award-winning schools, fabulous outdoor amenities—notably Cougar Mountain Trails and the Golf Club at Newcastle—and has even been named among Money Magazine’s Top 25 Places to Live. 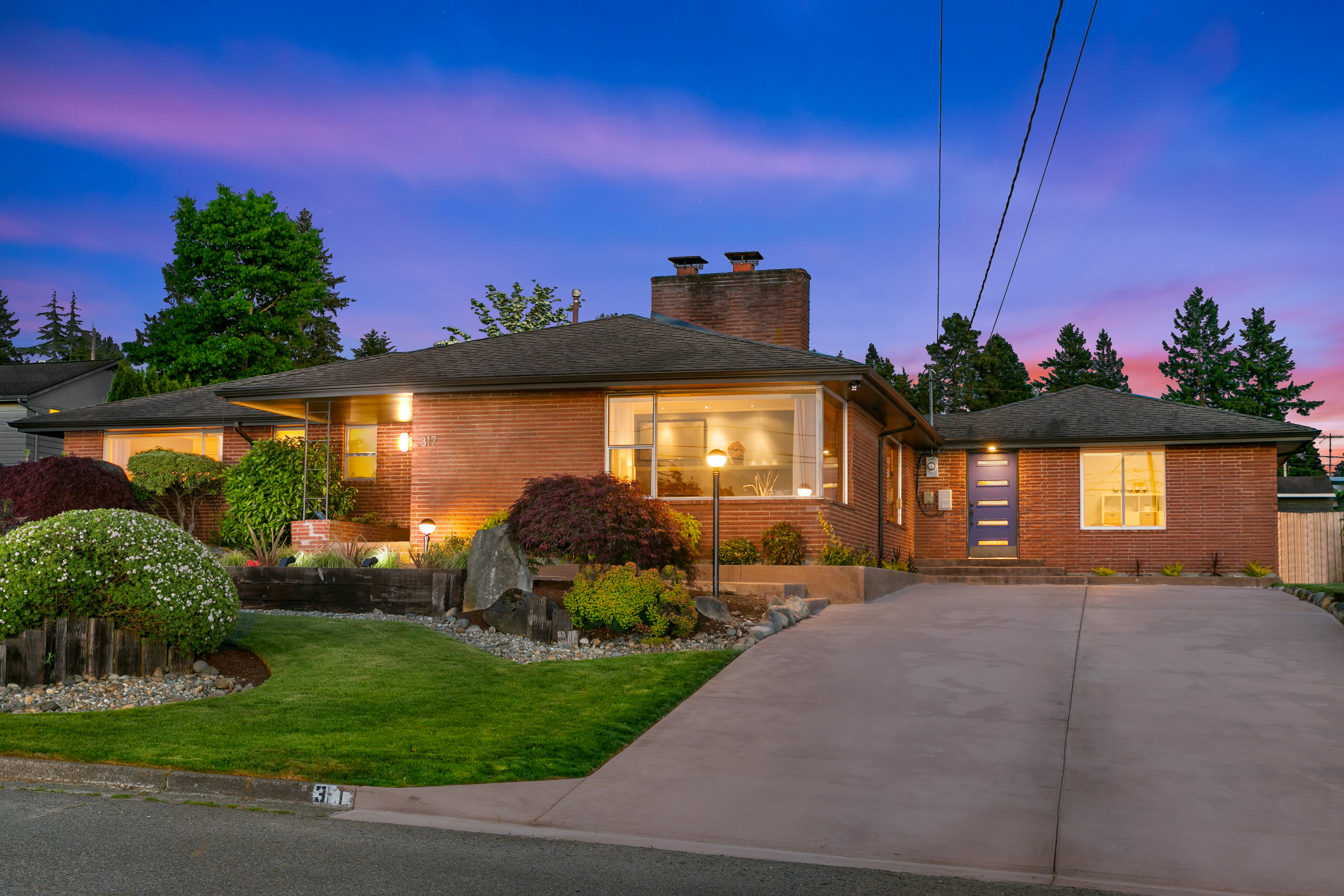 The waterfront community of Des Moines is equidistant between Seattle and Tacoma. It offers a marina, small-town shopping district, fishing piers and a boardwalk, which is a popular destination at sunset while the sun sinks below the Olympics. It is home to one of the most popular State Parks on the Puget Sound: Forested Saltwater State Park. Bordered by Federal Way, residents of Des Moines enjoy easy access to Redondo Beach, Federal Way, Normandy Park and beyond. 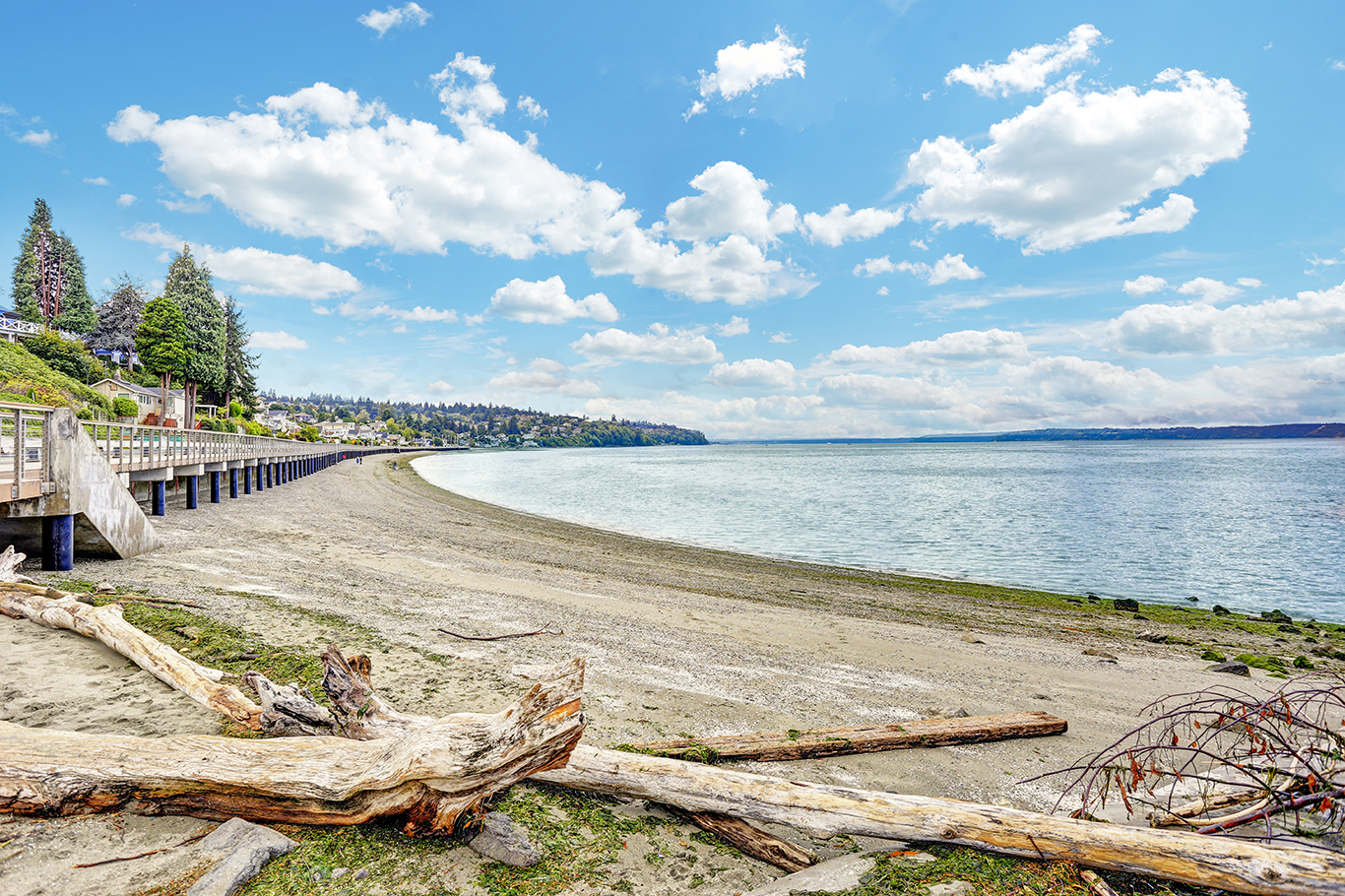 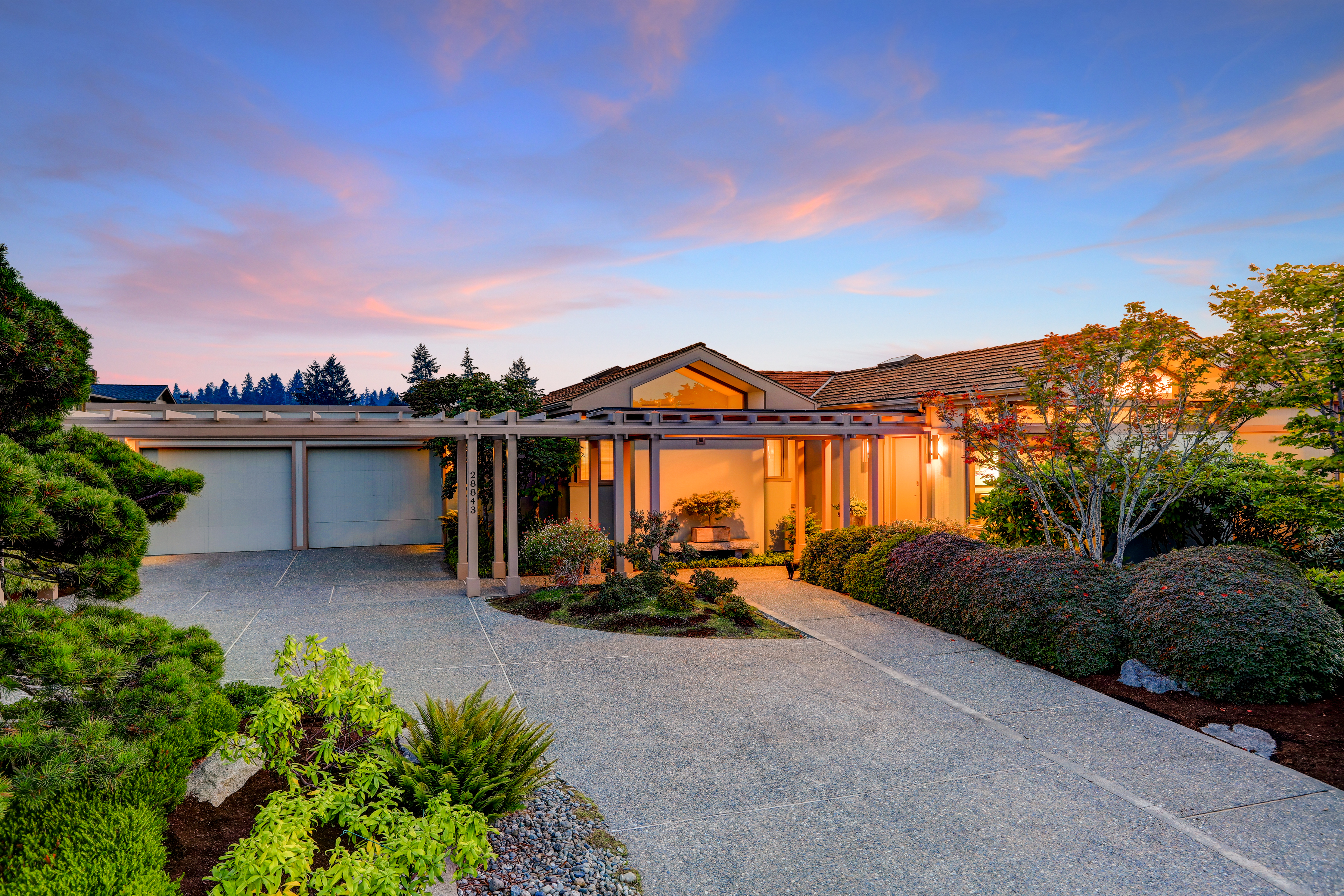 DeVore represented the seller of this Marine Hills home with westerly views sweeping across Puget Sound, the majestic Olympic Mountain Range and the serenity of Vashon and Maury islands. The Jim Olson design features walls of glass to blend indoors with outdoors, creating a frame for nature, plentiful year-round light and beautiful symmetry. It closed in late October at it’s full asking price of $925,000. 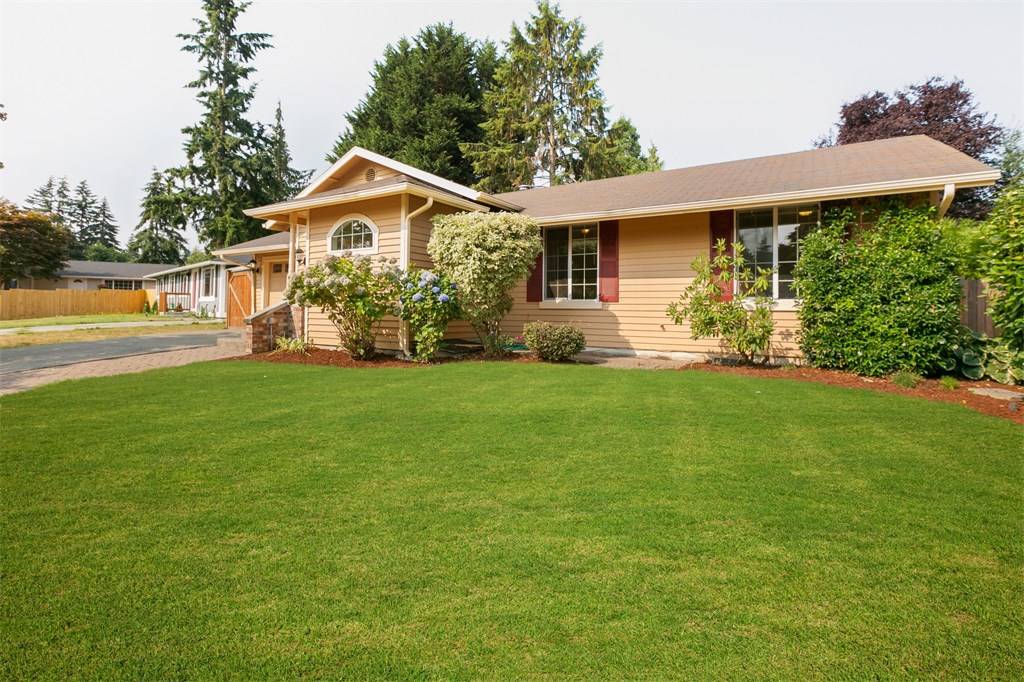 Gabriele Hugo, who lives in Redondo Beach, shared some of its magic with RSIR.

“A quaint community situated within the city of Des Moines, Redondo beach is a truly magical place. With a namesake taken from the California beachfront, Redondo beach initially began as a waterfront resort. Since then, it has grown into a tight-knit residential community, where residents and visitors come to enjoy a stroll along the boardwalk, throw a line out off the fishing pier, visit the Highline College Marine Science and Technology Center where children of all ages can get up close and personal with our underwater neighbors, spend a day out on the waves or dine at Salty’s Restaurant on the waterfront,” writes Gabriele Hugo, who has been selling unique view and waterfront homes there for the last fifteen years. “During the Christmas season, Redondo has a big bonfire on the beach to watch the Christmas ships and listen to Christmas carols. Redondo is an absolute gem!” 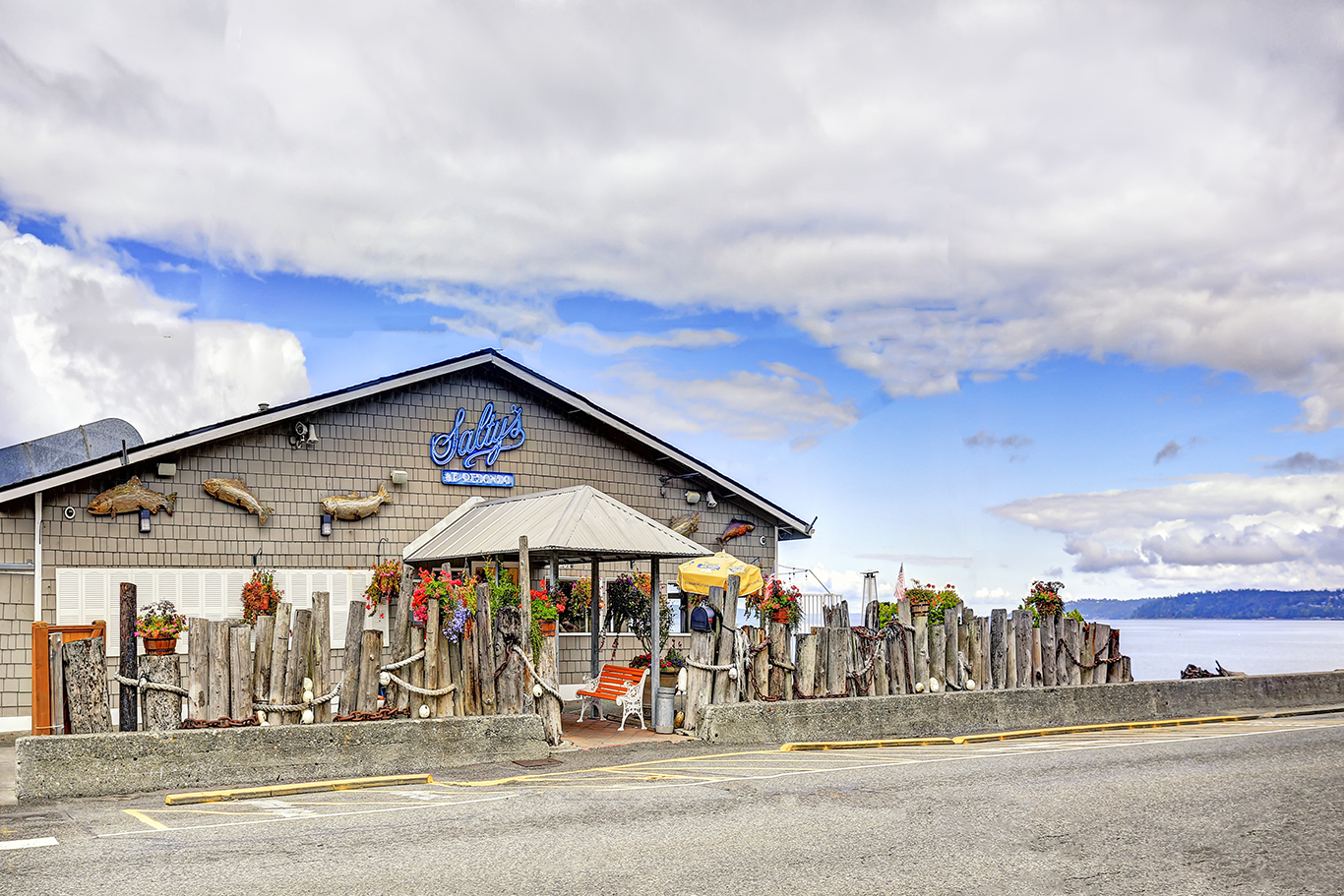 An unincorporated community in Pierce County, Dash Point is a residential area located across from Tacoma on Commencement Bay. One of its draws is Dash Point State Park, which was dedicated and developed for the Seattle World’s Fair in 1962. It offers a fusion of beachfront with hiking and biking trails for outdoor enthusiasts to traverse. The 461-acre park provides a range of activities, from camping and picnic areas to play zones for the kids. It’s most popular activity, however, is skimboarding, and it has become a popular destination for competitions and camps at its shoreline.

Our final destination is Tacoma, an urban port city known as the “City of Destiny.” Development in the downtown core has grown substantially over the past few decades, with the addition of a University of Washington satellite campus and extensive transit infrastructure. Residents and visitors enjoy close access to the Washington State History Museum, the Museum of Glass, LeMay’s Car Museum, and the Point Defiance Park, Zoo and Aquarium.

The southeastern region of Tacoma gives way to University Place, which is a picturesque community of over 31,000 residents. Located halfway between Seattle and Olympia, the state’s capital, it provides an ideal position for residents to travel around the Sound. It’s areas of note include the renowned Chambers Bay Golf Course, the extensive Soundview Trail and the Curran Apple Orchard, among others. 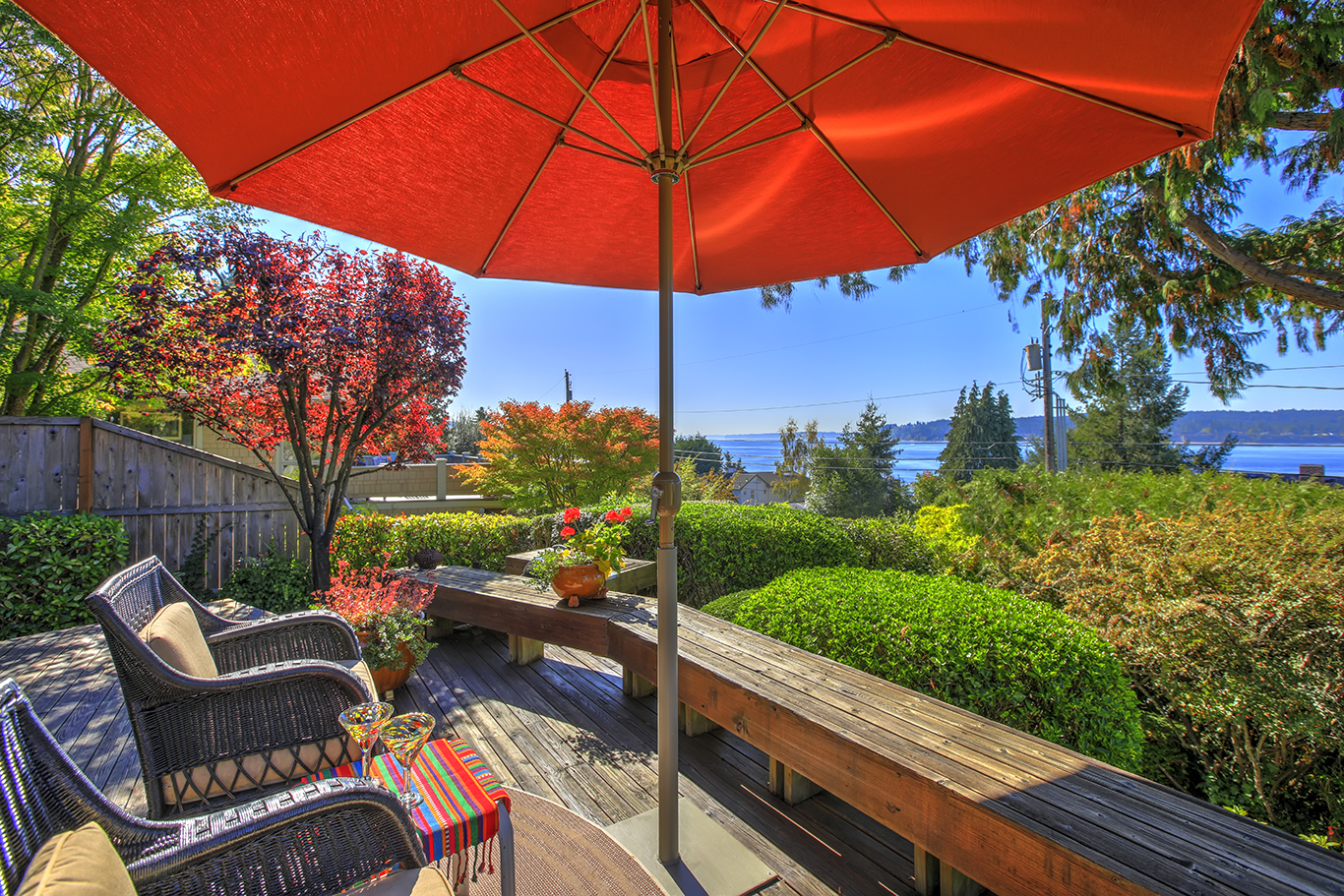 Though it feels like an island in its own right, Day Island actually isn’t quite so, as a sand spit connects it to University Place. Residents love to take advantage of aquatic adventures to nearby Fox and McNeil islands, whale watching, and a near-century-old book club.