Realogics Sotheby’s International Realty invites you to dive into our latest Waterfront Update at RSIRWaterfront.com.

The newly released RSIRWaterfront.com takes an in-depth look 15 months’ worth of sales on the shorelines of 14 counties around Western Washington with monthly sales activity charts, average and median sales price trends, and topographic maps of 27 areas. To this data-centered analysis, we’ve added insightful remarks by our brokers, who afford an unrivaled understanding of life at the water’s edge.

For sellers, we address seasonality, market positioning, and other special considerations for waterfront properties. For buyers, we set forth key questions that will narrow selection criteria.

For both, we underscore the value of working with an expert broker. Our aim is to provide guidance to help buyers and sellers make sense of this diverse and ever-changing real estate market segment.

The five sub-regions analyzed in depth comprise all major markets for waterfront real estate in Washington State north and west of the Columbia River: 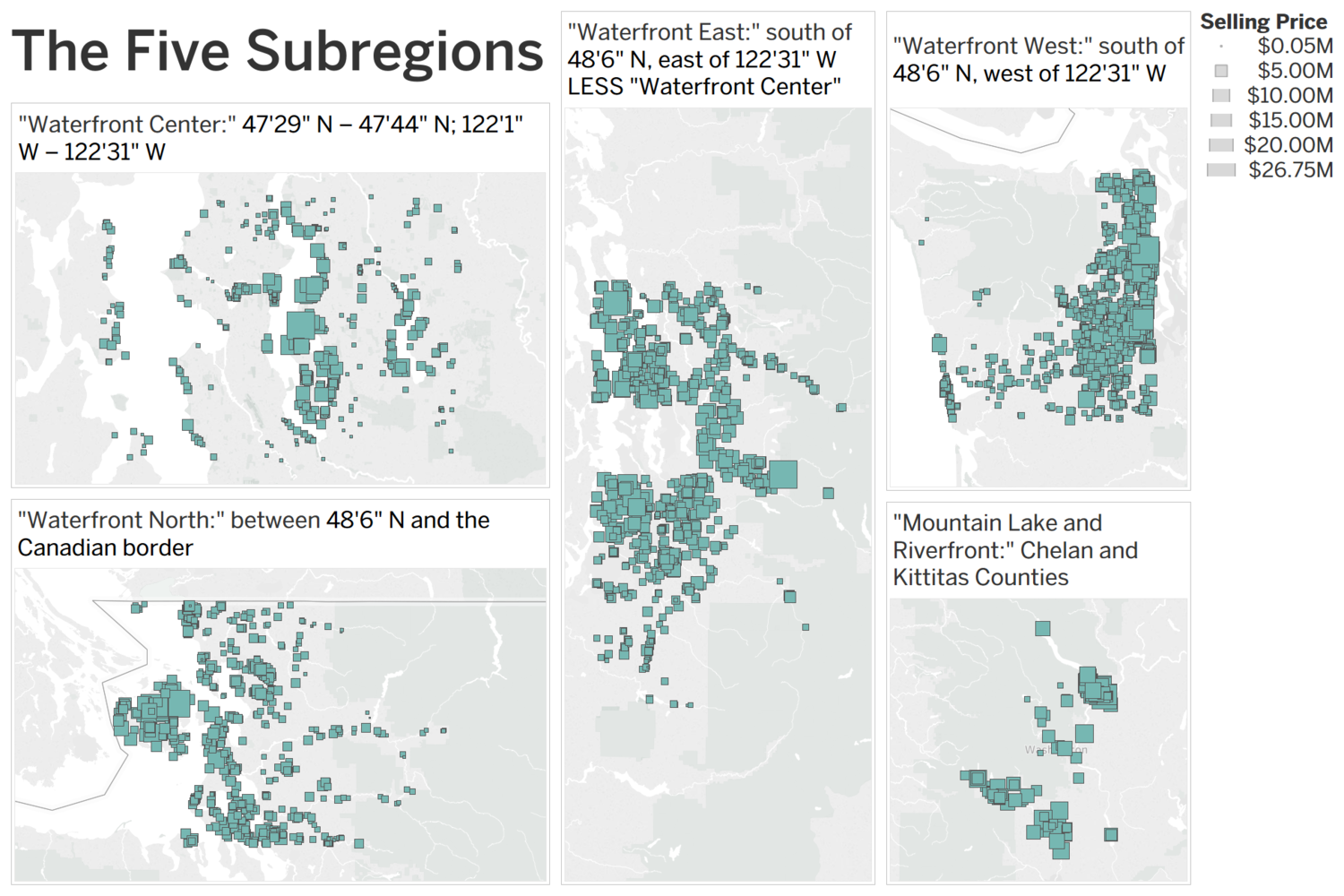 Maps (above): the five sub-regions for analysis of seasonal waterfront transaction data. Each mark is a single transaction during the subject 15-month period (January 2018 through March 2019).

Dip Your Toes into the Full Report at RSIRWaterfront.com >>