An exquisite waterfront estate perched along the shores of Puget Sound, Perkins Manor is a superb example of impeccable design and elevated living, capturing the most dramatic views in the Emerald City. Since coming onto the market, its show-stopping luxurious finishes and curated collection of fixtures from around the globe have drawn the attention of local and global media outlets, with features in Mansion Global, Dwell, Sotheby’s International Realty®, The New York Times and beyond. Listed by Realogics Sotheby’s International Realty Brokers Neda Perrina, Eleanor Heyrich and Phil Greely, open the door to an extraordinary masterpiece in the heart of Seattle.

Mansion Global highlighted Perkins Manor as part of their “Listing of the Day” series, remarking on its impeccable interior and the remodel efforts that were orchestrated by the current owner, musician and producer, Ryan Lewis. As Lewis tells Mansion Global, “I really enjoyed re-imagining the interior design of this house. We worked closely with NB Design Group over a year of re-modeling, and it was an incredible creative process. There is so much that goes into a remodel and we wanted every detail, every finish and material to further bolster its already spectacular bones.”

To be sure, the home truly shines, from the grandeur of the main floor and expansive terraces to the intimate whiskey bar and Epicurean kitchen. As Neda Perrina—one of the home’s listing brokers—adds, “It can pivot so easily from being an intimate hideaway to the perfect place to play host to a few dozen of your closest friends with a blazing sunset over the water as a backdrop.”

Concurrent with the Mansion Global feature, Sotheby’s International Realty® selected Perkins Manor as the “Video of the Week,” showcasing it on their YouTube channel of over 170k subscribers, social media platforms that reach thousands, and the Sotheby’s International Realty® blog. As the post outlines, “Mr. Lewis didn’t choose this unique location accidentally, ‘There are few neighborhoods in Seattle that give you the best of both worlds like this,’ he said. ‘It’s pretty awesome.’”

The luxe manor was also covered by Seattle PI in January, with a tour of the impressive interior. It was hand-selected among an exclusive collection of Sotheby’s International Realty® properties showcased on Dwell and Mansion Global throughout the month of February. Next month, it will grace the cover of the spring edition of Reside magazine, published by Realogics Sotheby’s International Realty in partnership with Dow Jones Media Group. The New York Times paid homage to to Perkins Manor in a feature on “The Intrigue of Celebrity Living,” describing lavish renovations, show-stopping finishes, and more. 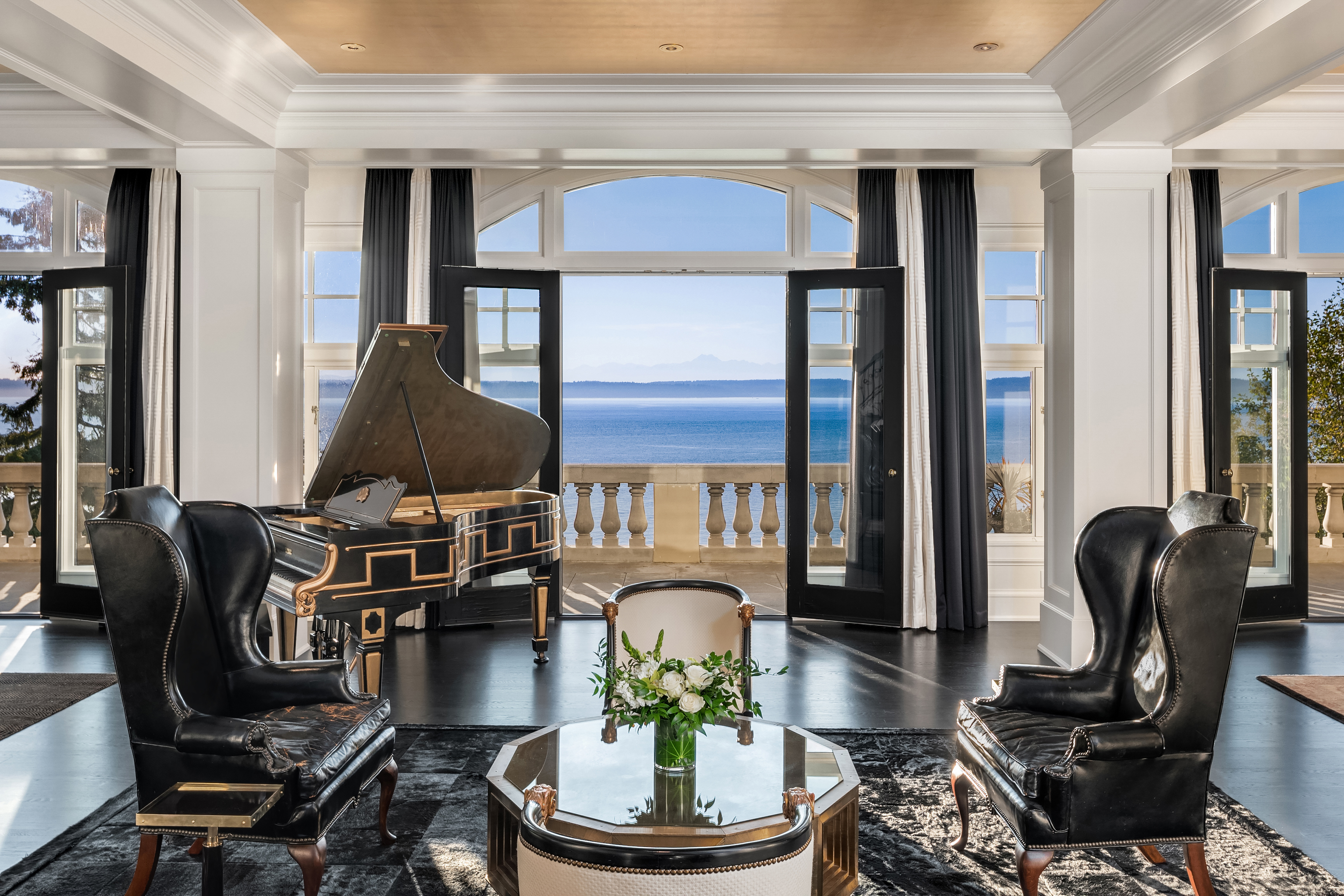