Patti Payne with Puget Sound Business Journal was the first one with the scoop, highlighting the listing on her popular “Cool Pads” series. As Payne writes, the condo “epitomizes the pinnacle of luxury city living.” She touches on Howard and Joyce Behar’s fascinating careers and each of their favorite things about the home. As Howard tells Payne, “Lynn likes to say it’s two blocks from Nordstrom. We’re in short walking distance to the 5th Avenue Theatre and Act, and there are 200 restaurants right around us. The views are amazing. The building is incredible and safe. This is more than a condo. It’s a work of art.” 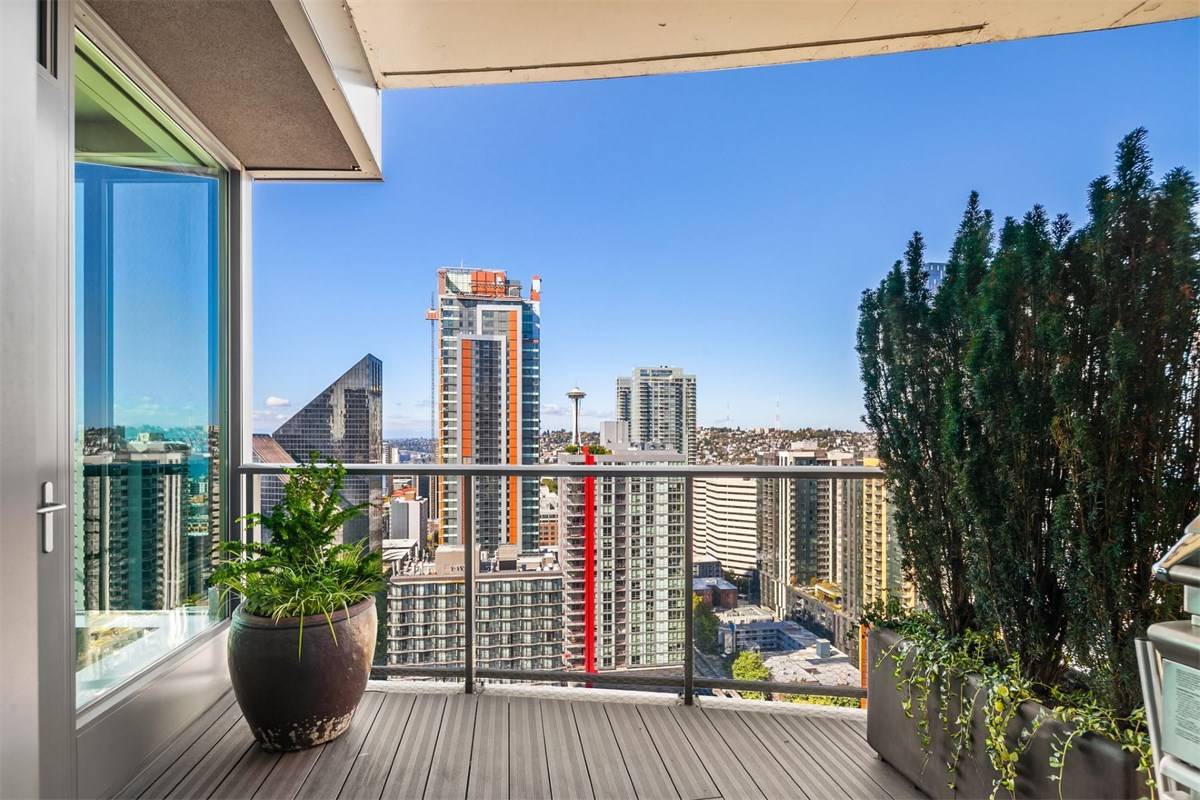 A premier in-city perch affords a stellar location in the downtown core and seamless access to not one, but four Starbucks locations.

For those that need a caffeine fix from Seattle’s original coffee house, there are four Starbucks locations nearby: “One in Westlake Mall, one at Second and Lenora, another on Fourth and Blanchard, and one in the Amazon building.”

Just days later, Extra took viewers behind the scenes of “the high-res apartment Starbucks helped build,” noting the unit’s ancient artistic décor, panoramic views of Seattle, a gourmet kitchen and, of course, an espresso machine. But, as Mario Lopez puts it, “it’ll cost you more than a cup of coffee.” 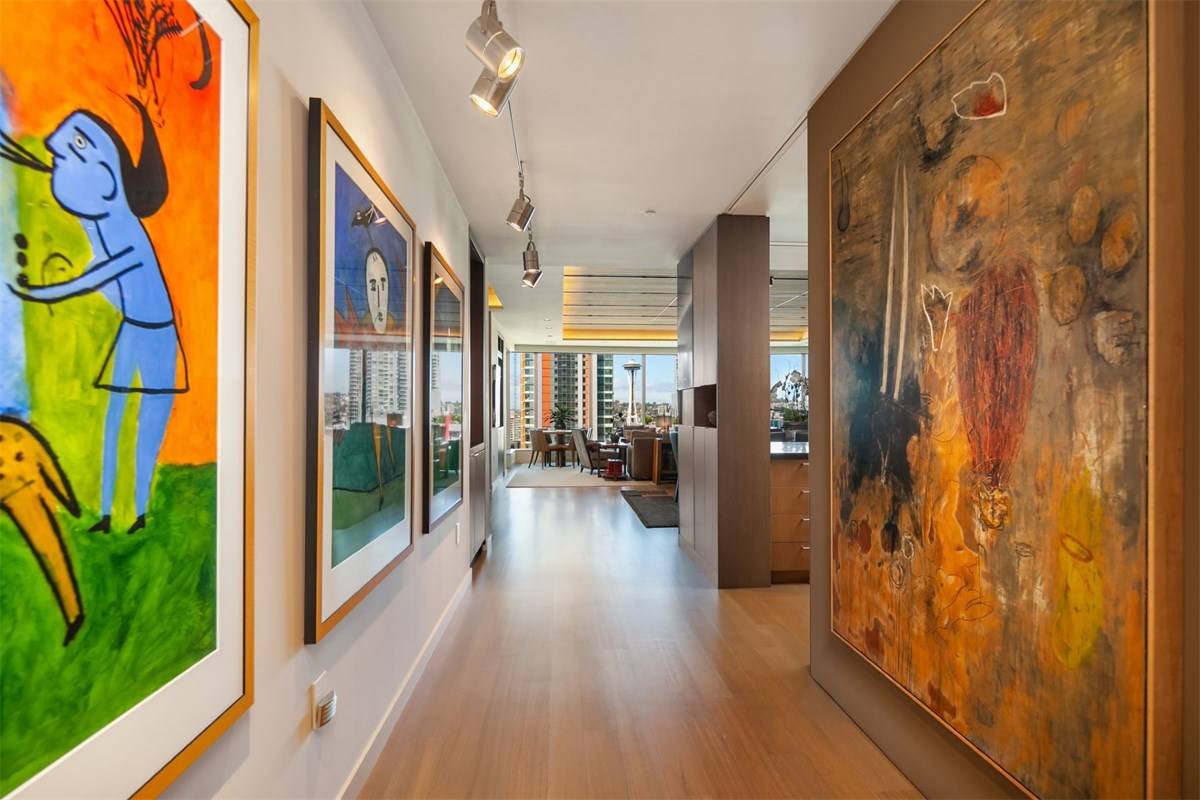 The home provides ample space to display a collection. In the Behar’s case, its ancient artistic décor.

Finally, King 5’s Evening Magazine ascended to the twenty-fourth floor of Escala, opening the door of the 4,220 square foot home with a tour by Seavitt and fellow RSIR broker Michele Liang, who is assisting with marketing efforts. As Seavitt says, “this is not like any other home that is out on the market right now.”

To be sure, King 5 calls it “a showcase of all things Seattle,” highlighting the Lane Williams Architects design with natural elements—making note of the gray oak floors, cedar and iron ceilings, and “a sliding wall and drop-down shade that conceals the kitchen, perfect for catered events.” 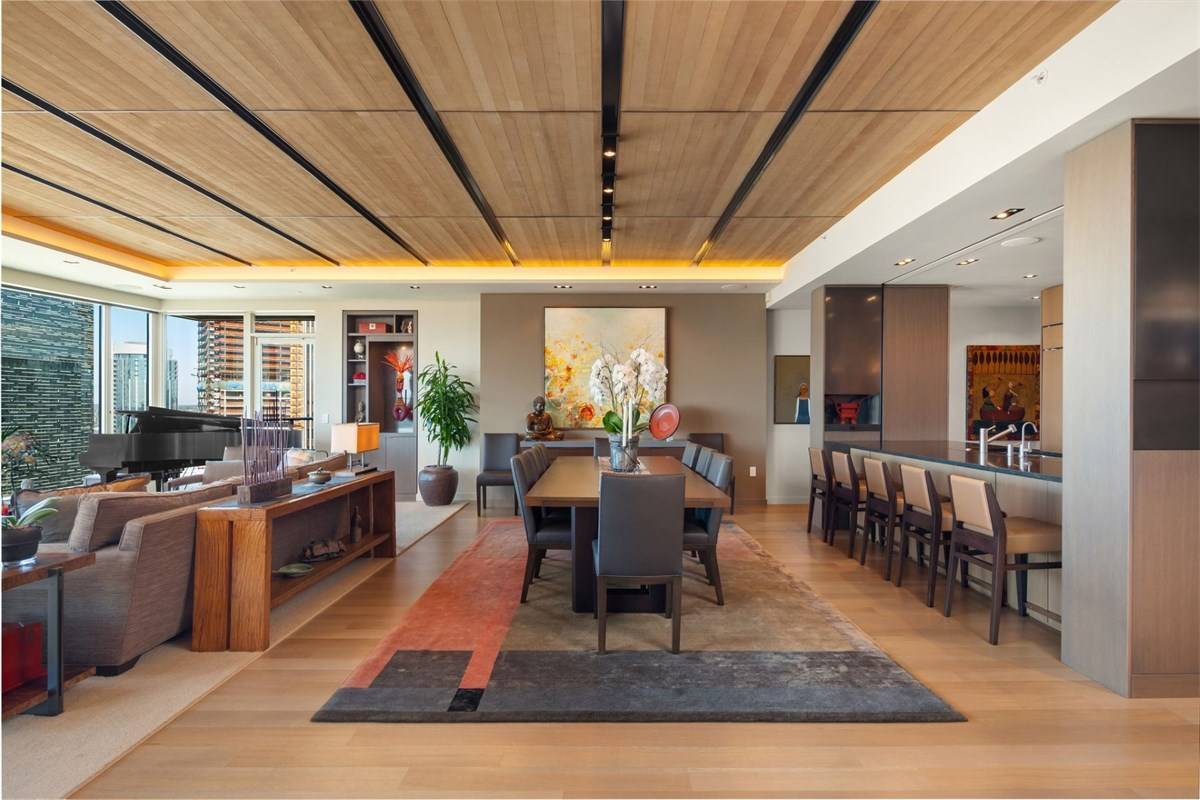